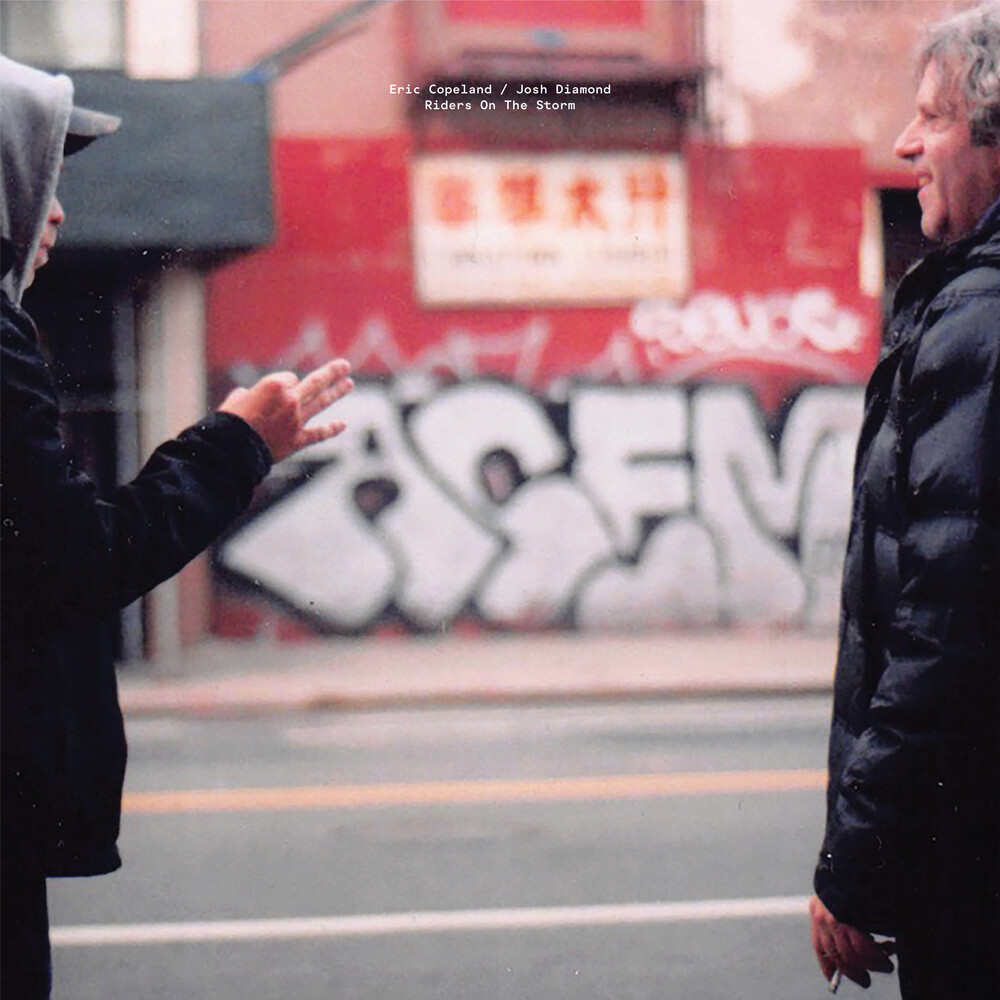 Basslines like a clumsy, exuberant puppy. A braid of guitar notes tickling your neck. The jittery buoyance of a marimba, so cartoonish you can picture it's unblinking technicolor eyes. A snare that cracks like every friend knocking on your door at once. These are the fragmentary beats and visions that Josh Diamond and Eric Copeland spent the last two years exchanging, the magnetic, romantic, completely unashamed chunks stacked into the bubbling delight of "Riders on the Storm."These two are, yes, known for vastness, transcendence, and suffocation. Eric is a founding member of Black Dice, weaponizers of volume, misdirection, and alien language. Josh is a founding member of Gang Gang Dance, whose haunted, murky explorations drag listeners to infinite, irreversible revelations. Given these pedigrees, it's natural to anticipate their collaboration as an itchy, opaque monolith. Within the shit and terror of 2022 it's even understandable to yearn for something like that. But "Riders" with it's light heart and wiggle and squirm is actually the record we need."Riders on the Storm" is the first full length collaboration between Josh Diamond and Eric Copeland, following their contribution to Mary Staubitz and Russ Waterhouse's 2020 'Distant Duos' project. It was recorded and mixed with the guidance of Ivan Berko (Hidden Fees, Ghost Exits). In addition to their work with Black Dice and Gang Gang Dance, Eric and Josh are both solo artists. Diamond released his debut solo album, "Seek Rips," in 2021. Copeland released his 16th solo album, "Spiral Stairs," in 2022.