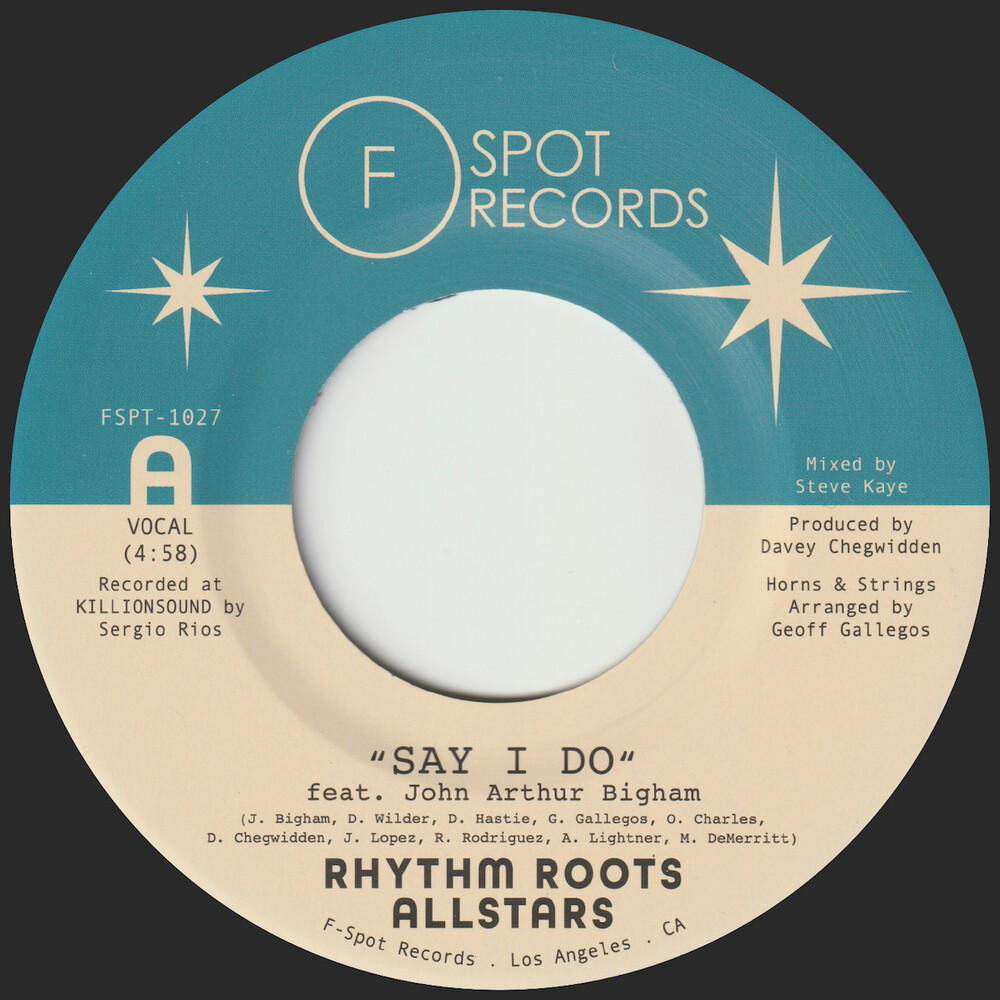 The Rhythm Roots Allstars began in 1998 as the house band for the weekly Rhythm Room at Temple Bar, a popular Los Angeles club that served as the epicenter for underground urban funk, soul, and international music for over a decade. This collective, featuring some of L.A.'s busiest musicians in the scene, is most notable for co-writing and crafting the music for 2017's Grammy-nominated album "And The Anonymous Nobody" by de la Soul, in addition to recording with artists such as Ghostface Killah, Aloe Blacc, Raheem DeVaughn, Afrodisiac Soundsystem and more. Having backed up and supported numerous artists such as de la Soul, Talib Kweli, Brother Ali, and Barrington Levy, to name a few, it's been a long time coming for Rhythm Roots Allstars' first official solo release. Side A, we find "Say I Do," a lush soul and R&B-inspired original featuring John Arthur Bigham (The Soul of John Black, Fishbone) on lead vocals. From tasteful horn and string arrangements to the powerful performance delivered by Bigham, "Say I Do" takes it back to the late 60s & 70s heyday of songwriting and R&B production. Side B then flips your attention to a burning instrumental, "Island Hustle." This cut immediately hits it off with a bang, and you know you're in for a real treat. Highlighting the many talents in the group, "Island Hustle" is just as the name suggests. Evoking sounds of the Caribbean mixed with Latin funk and a deeply driving rhythmic groove complete with a Steel Pan solo, this track will surely bring you on a ride. A proper double A side collectors, D.J.'s, and fans will not want to miss out on; this 45 features two sides that you'll want to spin over and over again. Produced by percussionist Davey Chegwidden and recorded at the infamous Killionsound by Sergio Rios, F-Spot Records proudly presents the debut 7" from this supergroup of musicians. Featuring core members of Orgone, Breakestra, The Lions, and Night Owls, in addition to musicians who have worked with artists ranging from Pharell Williams to Ben Harper.