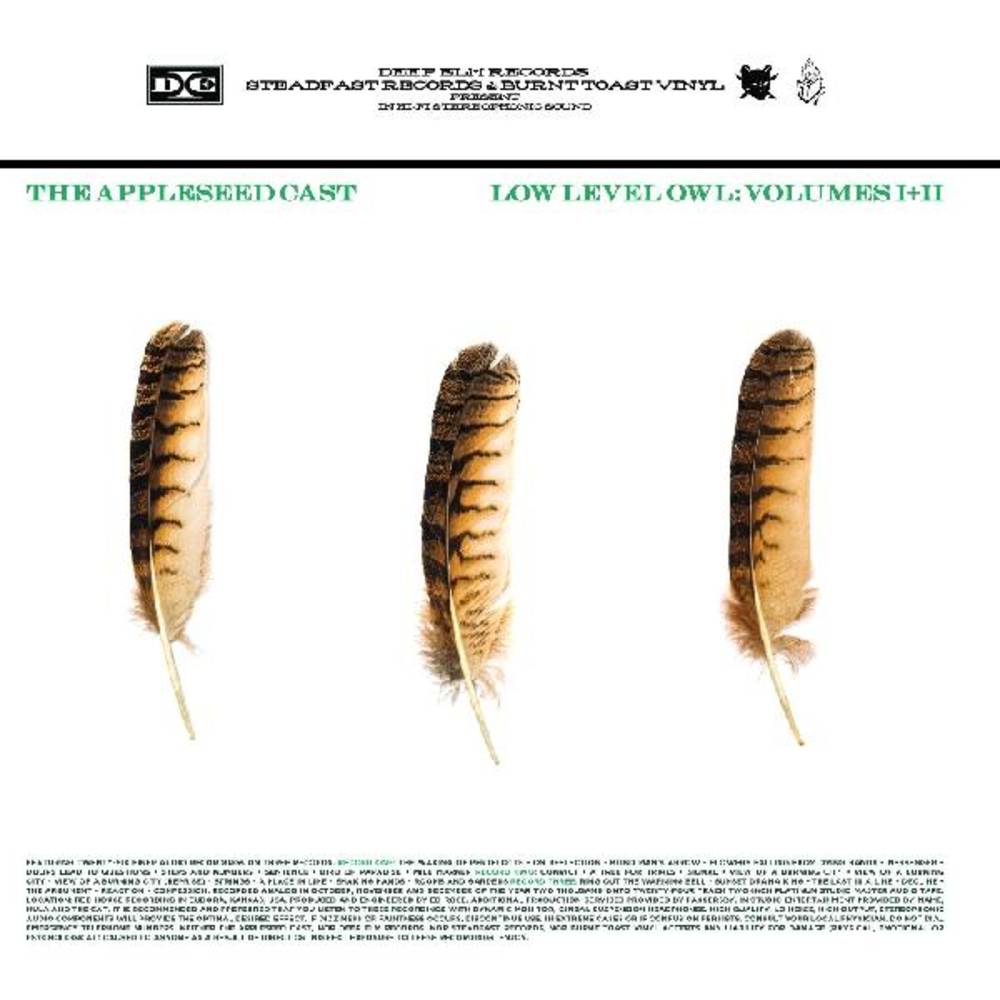 Remastered for vinyl by Adam Boose at Cauliflower Audio and cut to lacquers by Bob Weston at Chicago Mastering. Pressed on high quality vinyl by Gotta Groove Records in Cleveland, OH.

Massive in approach and epic in scope, Low Level Owl is a vast soundscape that lives and breathes on its own. Nearly two hours in total length and previously released on two separate volumes, these twenty-six beautifully orchestrated songs of lush melody, expertly paced dynamics and blossoming atmospherics will leave you floored. The Appleseed Cast gives way to a more courageous exploration of sound and texture on Low Level Owl, experimenting with loops, echoes, instrumentation, inverting tape and changing speeds. They discover the sonic possibilities...the masterpiece in every measure. Each song nearly explodes at the seams, overflowing with symphonics, crescendos, swells of feedback and electronics. Listen to slowly building waves of guitars and drums that ultimately crest, bursting into the shimmering tears of honest men. Music like this is neither calculated nor deliberate. It just happens. It just exists. This is the music to dream to.