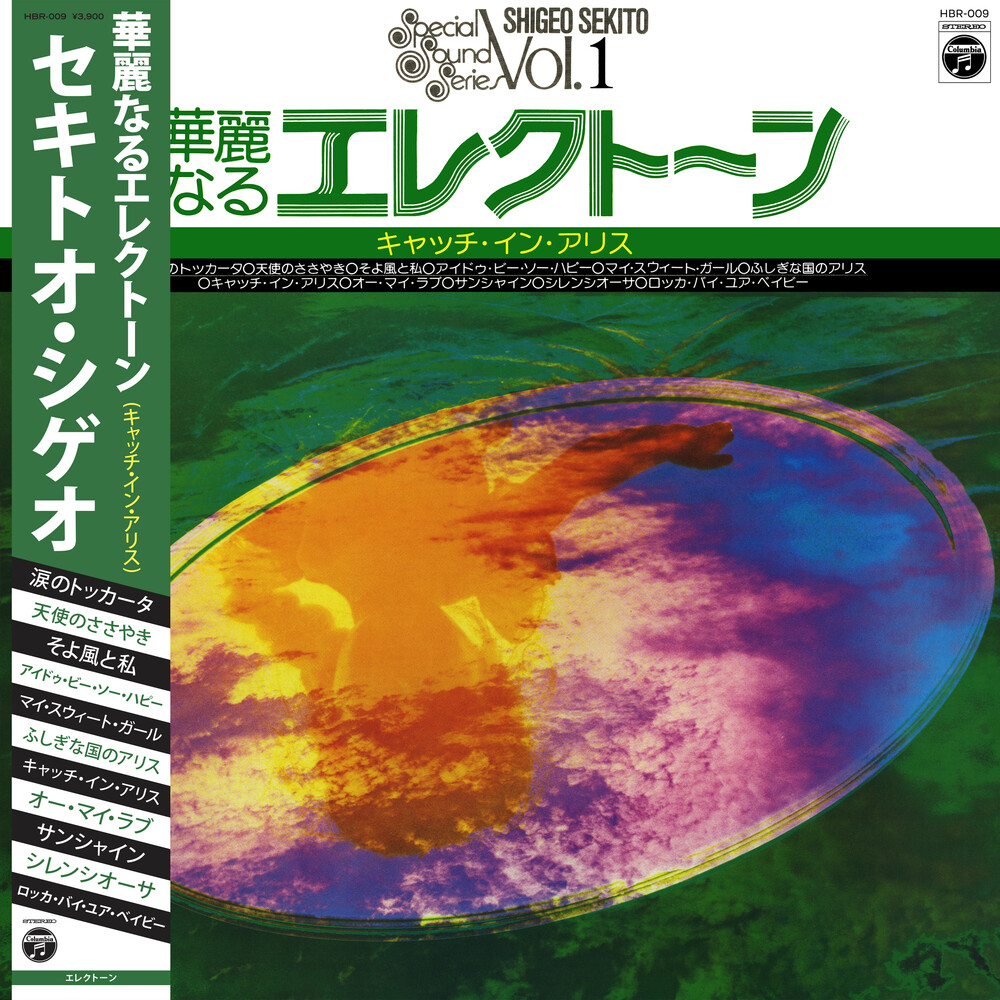 Vinyl LP pressing. Considered by many one of the most gifted and outstanding players in the Electone community thanks to his fresh, energetic, rhythmic and sometimes humorous style of playing, from 1975 to 1977 Shigeo Sekito_ released a four-LP album set titled Special Sound Series for the iconic Nippon Columbia. On the first chapter of this series, Sekito_ revisits, in his own colourful style, compositions such as "You Are The Sunshine Of My Life" by Stevie Wonder, "Oh, My Love" by John Lennon and Yoko Ono, "Andalucia" by Ernesto Lecuona, alongside some of his own composition such as "My Sweet Girl" and the title track "Catch In Alice", creating a blend of easy-listening jazz with funk and soul influences