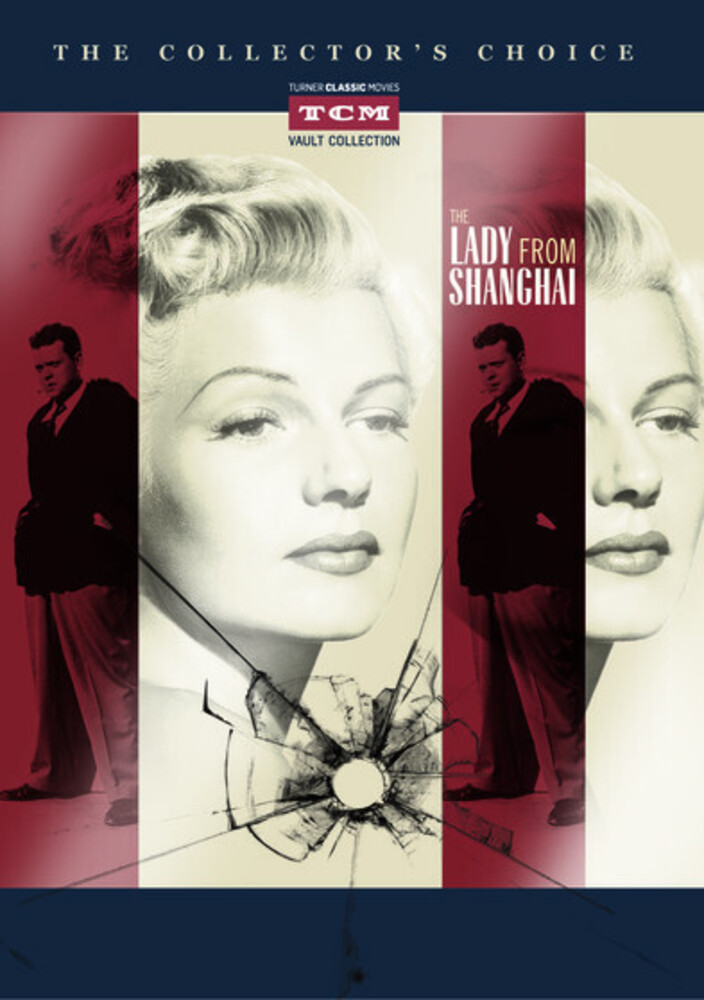 Orson Welles (Citizen Kane, 1941) wrote, directed and starred in this treacherous tale of a sailor (Welles) hired to help a beautiful woman (Rita Hayworth) and her disabled lawyer husband (Everett Sloane) sail their private yacht from New York to San Francisco via the Panama Canal. On board, he is bribed to "fake" the murder of the lawyer's partner (Glenn Anders), only to find himself trapped in a deadly game of cat and mouse. Welles created a scandal, and lots of publicity, by having his wife Hayworth's trademark red locks cut short and bleached blonde for her role as a femme fatale, but the movie failed to score at the box office upon it's release. Over time, critics have lavished praise on Welles's uncommon vision, which culminates with the most elaborately staged of all film noir finales-the famous shootout in the hall of mirrors.