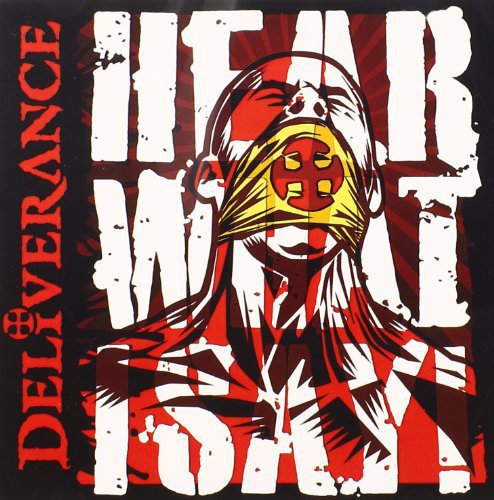 Without further speculation or delay the album you have been waiting for from underground thrash metal masters Deliverance is upon us! The new and final album is entitled 'HEAR WHAT I SAY!' and now has an official and final street date of December 10, 2013! 3 Frogz Records and Roxx Records are extremely excited to announce that the new album HEAR WHAT I SAY! Has been delivered and fully mastered and is currently being prepared for release! This is the final offering from this legendary thrash band! This last outing from Jimmy Brown and Deliverance features a who's who of the underground Christian thrash metal movement. Check out this stellar line up... Jimmy Brown (Deliverance): Lead Vocals & Guitars Michael Phillips (Deliverance, The Sacrificed, Join The Dead): Lead & Rhythm Guitars Manny Morales (Deliverance): Bass Jayson Sherlock (Mortification, Horde, Revulsed): Drums This line up nails it and delivers what is destined to become a classic in the Metal world! There you have it, the album the world has been waiting for the 10th and FINAL long awaited album from Deliverance! And also a special treat for our German fans with the very first ever German language track from Jimmy Brown and Deliverance.