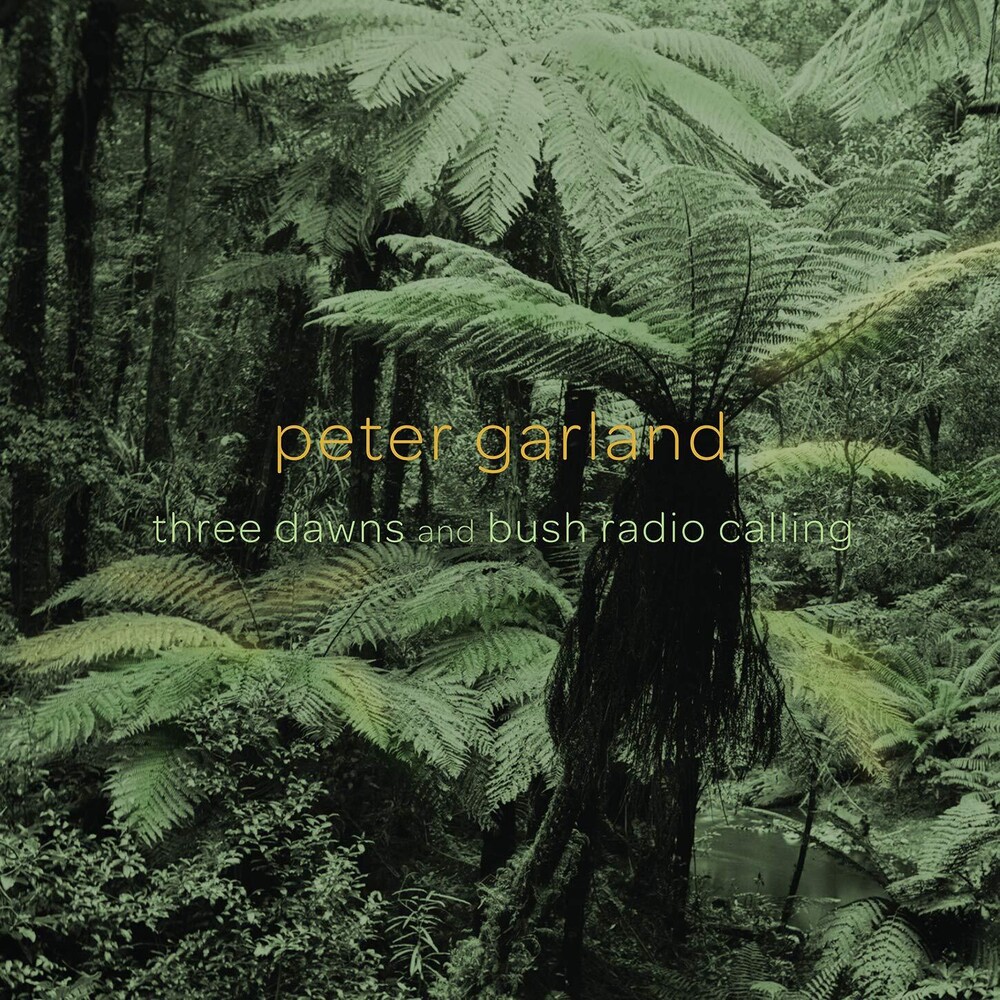 Two exuberant, beautiful solo piano pieces: the three-movement "Three Dawns," based on poems by Jean-Joseph Rabéarivelo, and the nine-movement "Bush Radio Calling," written for the music-theater work "Just Them Walking," by New Zealand's avant-garde theater company Red Mole. Both works are elegantly and spiritedly performed by Ron Squibbs. Peter Garland is a composer, world traveler, musicologist, and writer whose music-often cited as an example of "radical consonance"-is always informed by his well-traveled ear and strong sense of personal vision. He studied music composition with Harold Budd and James Tenney and maintained long friendships with Lou Harrison, Conlon Nancarrow, Paul Bowles, and Dane Rudhyar. Cold Blue Music has released seven recordings of his work, including "Moon Viewing Music," "String Quartets," and "After the Wars." Pianist Ron Squibbs is a music theory professor (UConn) and a specialist in the music of Iannis Xenakis. His previous recordings include albums of solo piano music by Dane Rudhyar and Joji Yuasa.