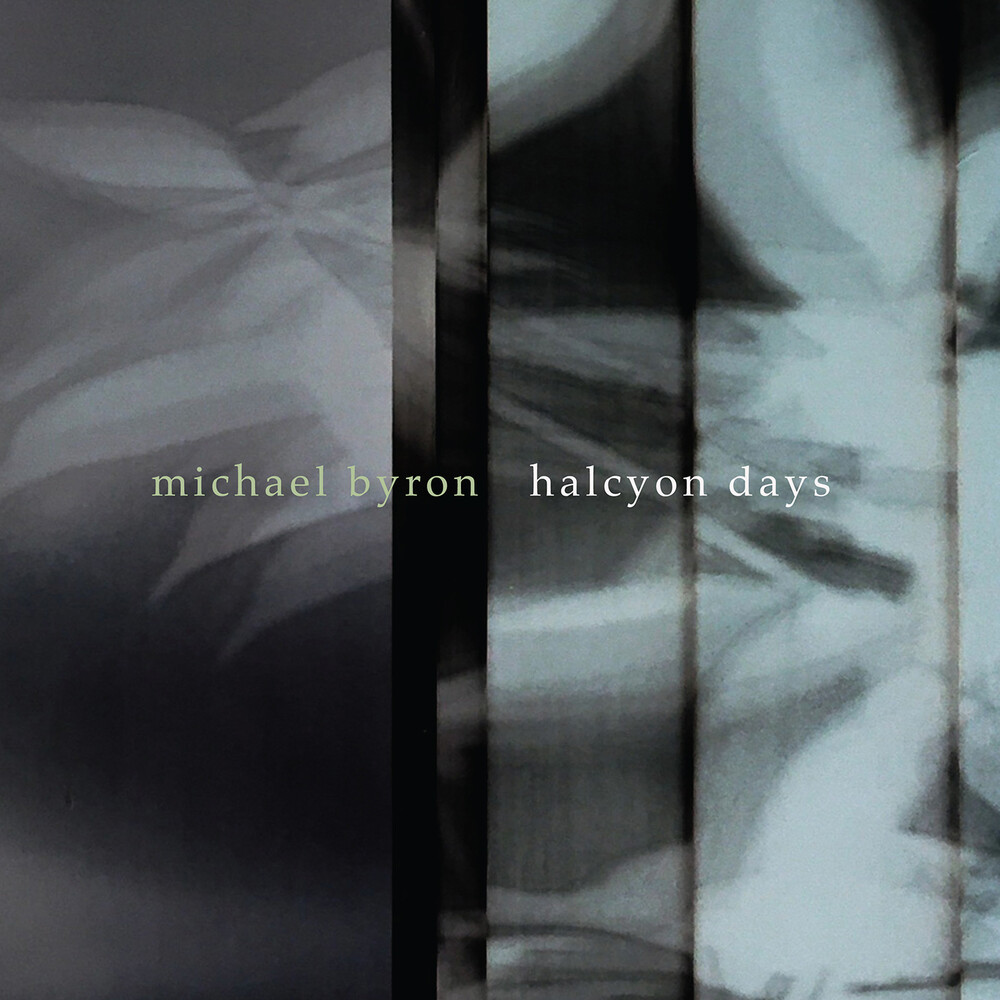 Michael Byron's "Halcyon Days" is music for marimbas, xylophones, vibraphones, glockenspiels, tubular bells, maracas, and piano. Except for the final piece (from 2016), these pieces are from a previously under-documented period of Byron's work-the mid-seventies, when he composed unique, remarkable minimalist-styled works. This album treats us to clangorous clouds of polyrhythms and simple, direct, quiet works, both of which explore rich harmonies and bespeak a sense transcendent motionlessness. Composer Michael Byron's music tends to be harmonically rich, rhythmically detailed, and virtuosic. It's often praised for it's ability to create dense constructions out of relatively limited means: His works have been performed and recorded by such notable new-music champions as Sarah Cahill, Joseph Kubera, William Winant, FLUX Quartet, Kathleen Supové, and Thomas Buckner. Cold Blue Music has released five of his previous albums, including "Bridges of Pearl and Dust." William Winant is an extremely active percussionist who SPIN magazine called "the avant-elite's go-to percussionist for more than 35 years... " Lisa Moore is one of NYC's top new-music pianists whose work the New York Times praised as "brilliant and searching... beautiful and impassioned... lustrous." Vicki Ray, whose playing has been described as "phenomenal and fearless," is Los Angeles's leading new-music pianist. Aron Kallay is one of L.A.'s top new-music pianists whose playing the Los Angeles Times has described as "exquisite... alive, worthy of our wonder." The William Winant Percussion Group is an ensemble made up of some of California's best young percussionists.