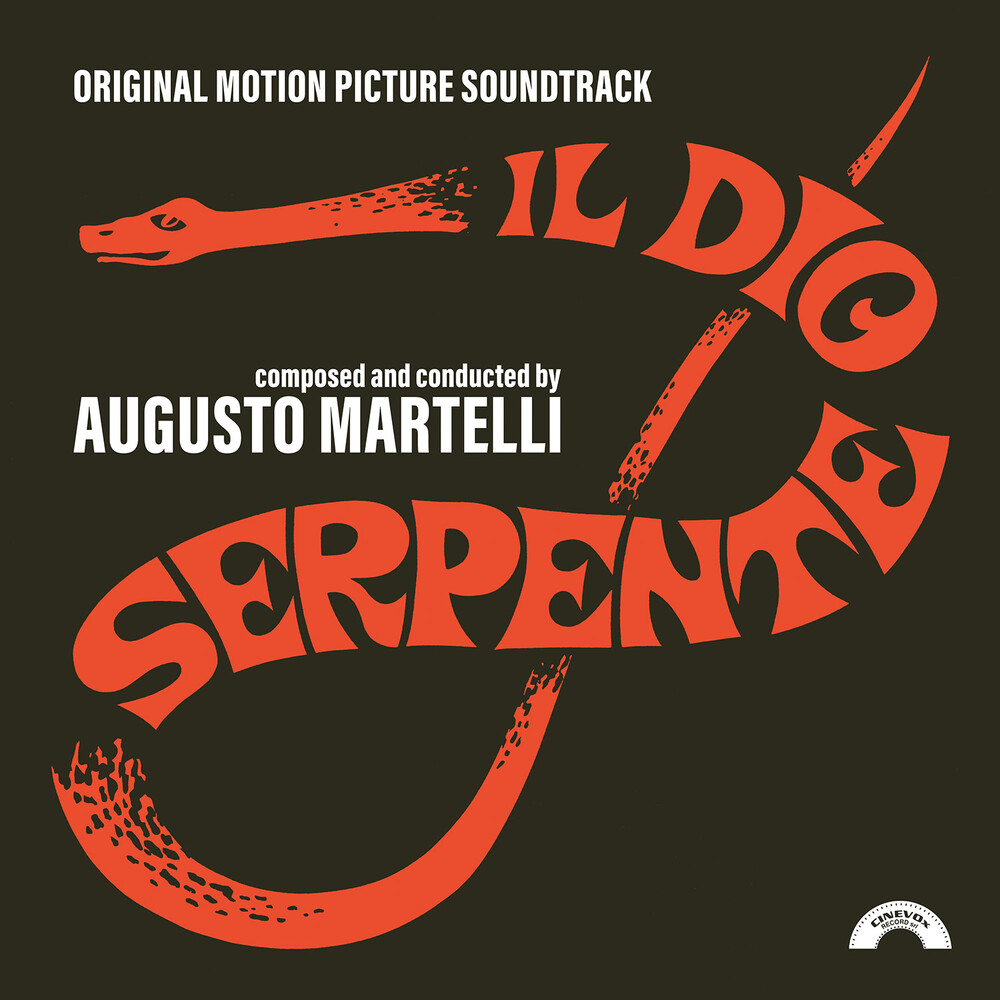 Il Dio Serpente' (The Snake God) is a 1970 film directed by Piero Vivarelli still memorable today, among other things, thanks to the presence of a very young Nadia Cassini, here a semi-debutant actress who's probably never been as fascinating as in the iconic scenes of this movie. "Il Dio Serpente" is probably one of the most successful among the numerous exotic/erotic Italian films of the '70s. The encounter between the West world and the fascinating, mysterious and tribal Caribbean one and it's indigenous populations is beautifully accompanied by the music composed and directed by Augusto Martelli; The opening track of the disc 'Djamballa', alone mixes orchestral pop, tribal percussion, psychedelia, beat choirs in a crescendo supported by the Hammond organ, and represents a perfect sum of the overall quality of this soundtrack. The jazz-funk of 'Beryl's Tune' comes next, dragging the listener into a world that is both wonderful and dark, pure and primitive. Over the years, both the film and it's soundtrack have become cult objects among fans, the latter being reissued here in an exclusive edition with remastered audio, on red vinyl.