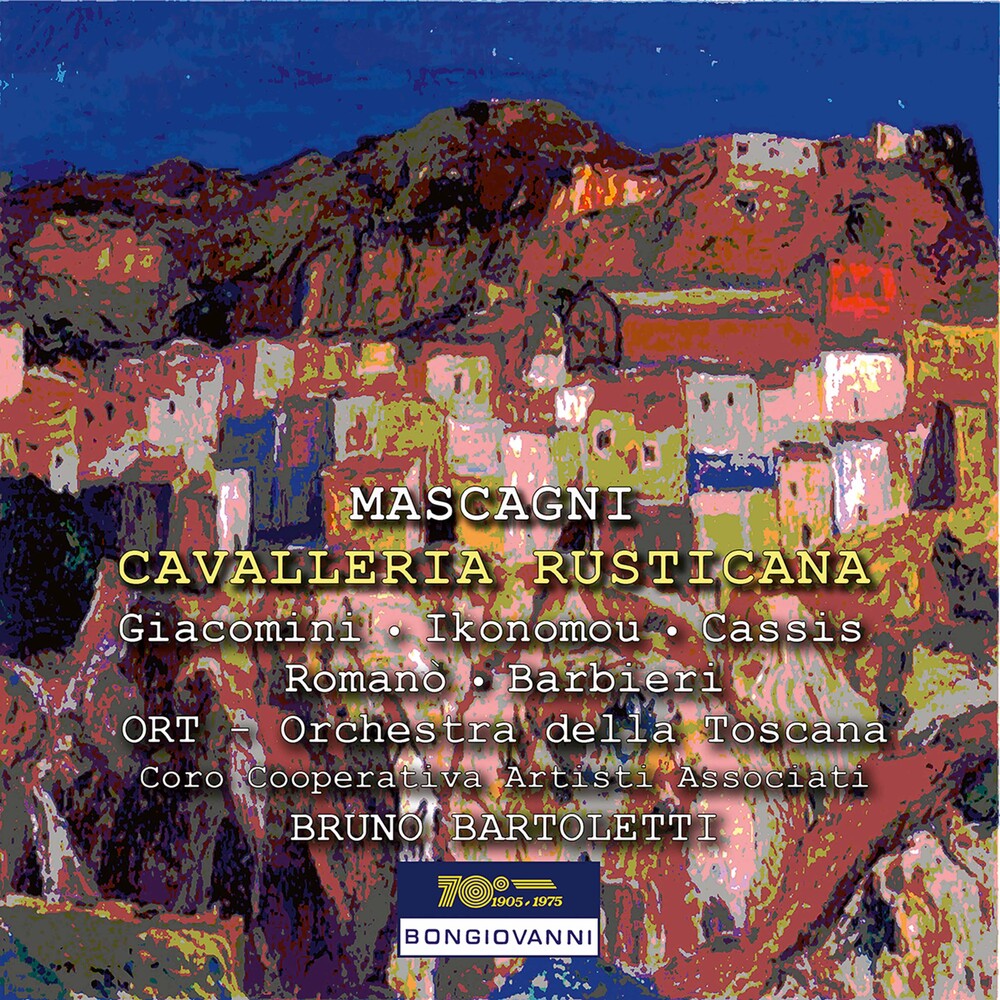 The performance of Cavalleria Rusticana republished in this album took place in the hometown of Mascagni, Livorno, on the occasion of the centenary of the premiere, which took place in 1890 in Rome, at the Teatro Costanzi. Already scheduled for some time, this publication due out in autumn 2021 commemorates one of the most important voices of post-World War II, the tenor Giuseppe Giacomini, recently passed away at the age of 80, and caught here in a role to him particularly congenial and at the zenith of his career. Known and loved by European, American and Asian opera audiences, a unique voice for it's richness of harmonics and extension. The English critic Alan Blyth wrote of him: "... he is the true inheritor of the spinto mantle last worn by Corelli, and to some extent by Vickers. Yet his tone, with his strongly baritonal timbre, bears an even closer resemblance to that of Francesco Merli..." Conductor is Bruno Bartoletti, who had a long and honored theatrical and recording career; to be noticed the "extraordinary participation" of Fedora Barbieri in the part of Lucia.