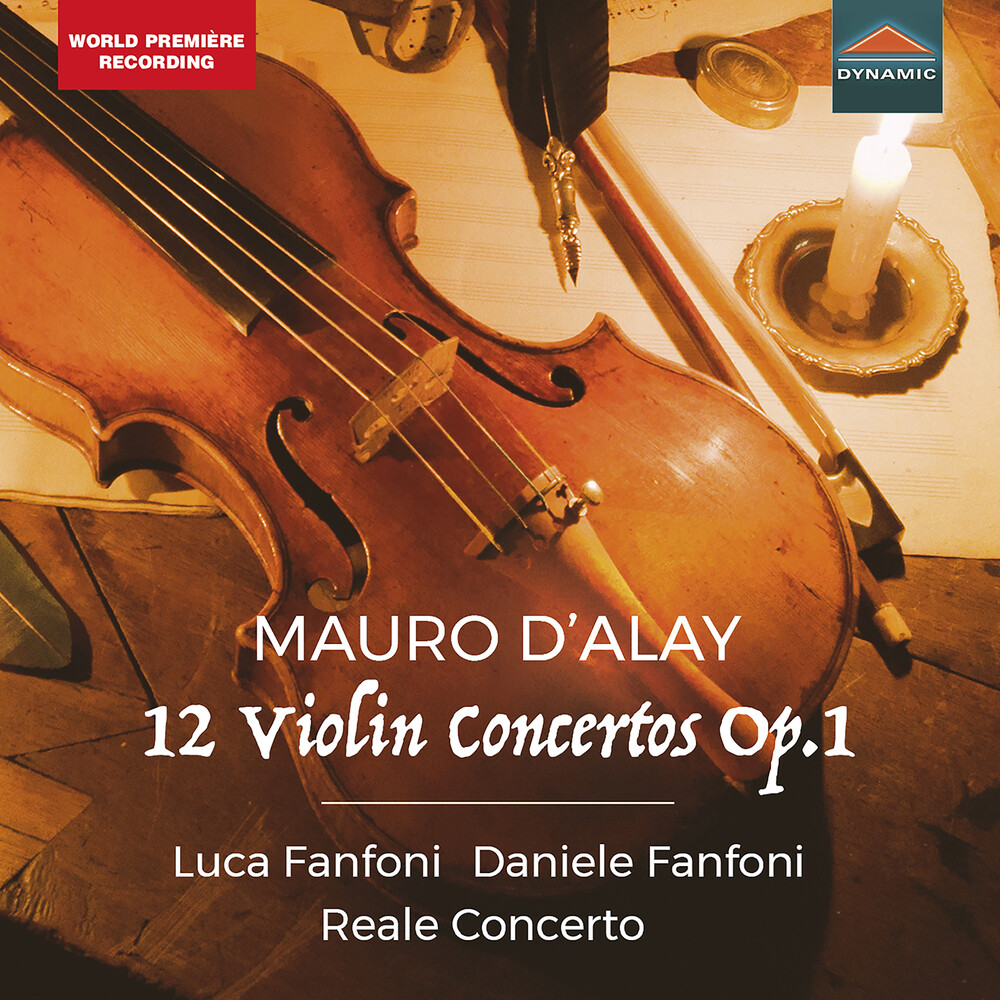 Mauro D'Alay was a virtuoso violinist and composer from Parma who acquired great fame and fortune throughout Europe. A contemporary of Vivaldi who praised his musical skills, D'Alay held official positions as a musician, first in Parma's Cathedral and then at the Spanish court of King Philip V, whose wife Elisabetta Farnese gifted D'Alay the famous 'San Lorenzo' Stradivarius in 1718, which he kept until his death. Now largely forgotten, this ambitious and dynamic composer wrote sonatas, cantatas and concertos. This album features the 12 Violin Concertos, Op. 1 published in 1725 - composed in the Parmesan style, but with Venetian influences - and presented here in a world première recording. Parma born violinist Luca Fanfoni recorded these concertos adhering to the instrumentation indicated in the score: principal violin, first violin, second violin, viola, cello and organ. Ensemble Reale Concerto (which counts among it's members Fanfoni's wife and children) recorded this album during lockdown in 2020.