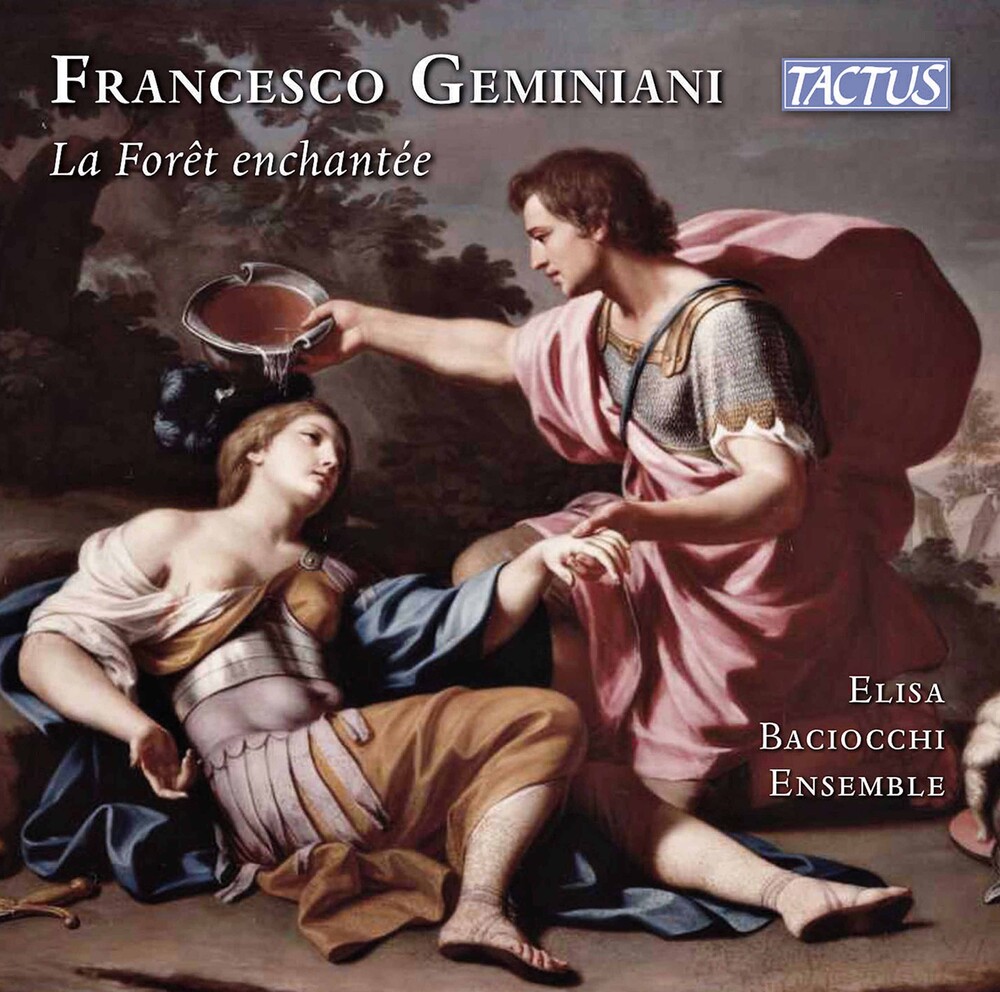 The musical production of Francesco Saverio Geminiani is totally focused on instrumental music, and includes two collections of violin sonatas, one of cello sonatas, three of concerti grossi, two of Pièces de Clavecin, and a series of transcriptions and revisions of works by other important Italian composers such as Arcangelo Corelli and Francesco Mancini. Geminiani was very active as a treatise writer: he published no less than six works, among which the one that stands out is The art of playing on the violin, published in 1751 and still regarded as the most important violin treatise of that period, together with that of Leopold Mozart from 1756. The treatise became quite famous at once, and was much used by the composer's contemporaries; several versions of it were published up to 1790, with English and French editions, reaching the New World. The composer's only digression from his customary work consisted of La Forêt enchantée, a theatrical pantomime meant to be performed by mimes and dancers on expressly-composed music; it had been inspired by Canti xiii and xviii of Gerusalemme liberata, by Torquato Tasso (1544-1595). The version drawn up by Claudio Valenti - who devised the dramatic part together with the actor Piero Nannini - seeks out and re-creates the prosodic relationship between the text and the music that constitutes the core of the composer's inspiration in his reading of Tasso's text. For this reason, the work is presented not only in it's version for string instruments alone, with the addition of a single flute, but has also been stripped of it's orchestral repetitions (all of them), so as to outline an instrumental structure that is transparent, but able to catch and amplify the expressive peculiarities of the score in relation to the text, achieving a novel sort of representative madrigal.