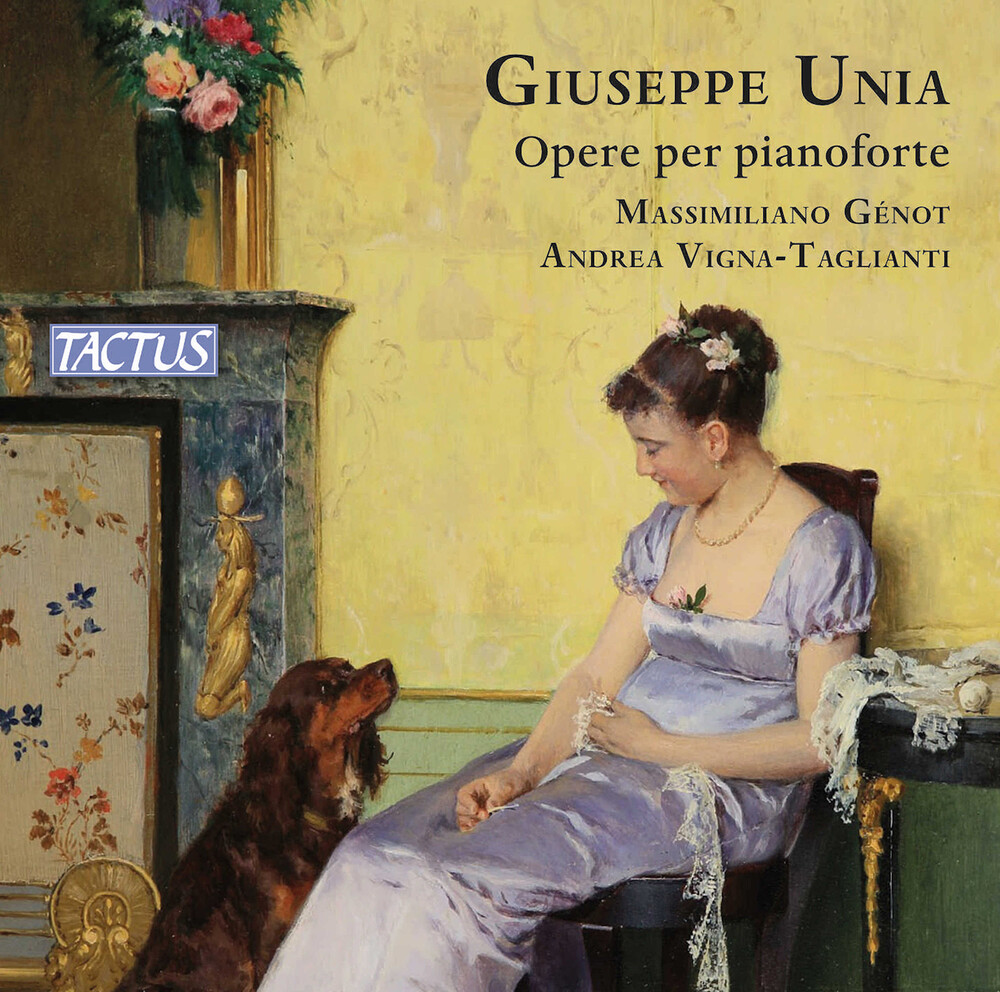 At last it is possible to present to the public the first monographic recording of works by Giuseppe Unia, who in the eighteen-sixties could boast the title of "court pianist-composer to His Majesty the King of Italy", like his better-known colleague Hans von Bülow, court pianist to Ludwig ii of Bavaria and his friend Alfred Jaëll, pianist to the King of Hannover. Giuseppe Antonio Unia is one of the many Italian musicians whom history - or, should we say, time - has separated from us with the thin veil of oblivion. Yet his more than two hundred publications for publishers such as Ricordi, Canti and Vismara testify to a considerable degree of success, and the dedications of his works show that his friends were important people, both from a social point of view and from an artistic one. The pianists Massimiliano Génot and Andrea Vigna Taglianti here are proposing a careful selection of the piano works by Unia, fully reflecting the style and musical taste of Europe of his time, of which he was a profound connoisseur thanks to his numerous artistic experiences in Italy, Paris and Vienna.