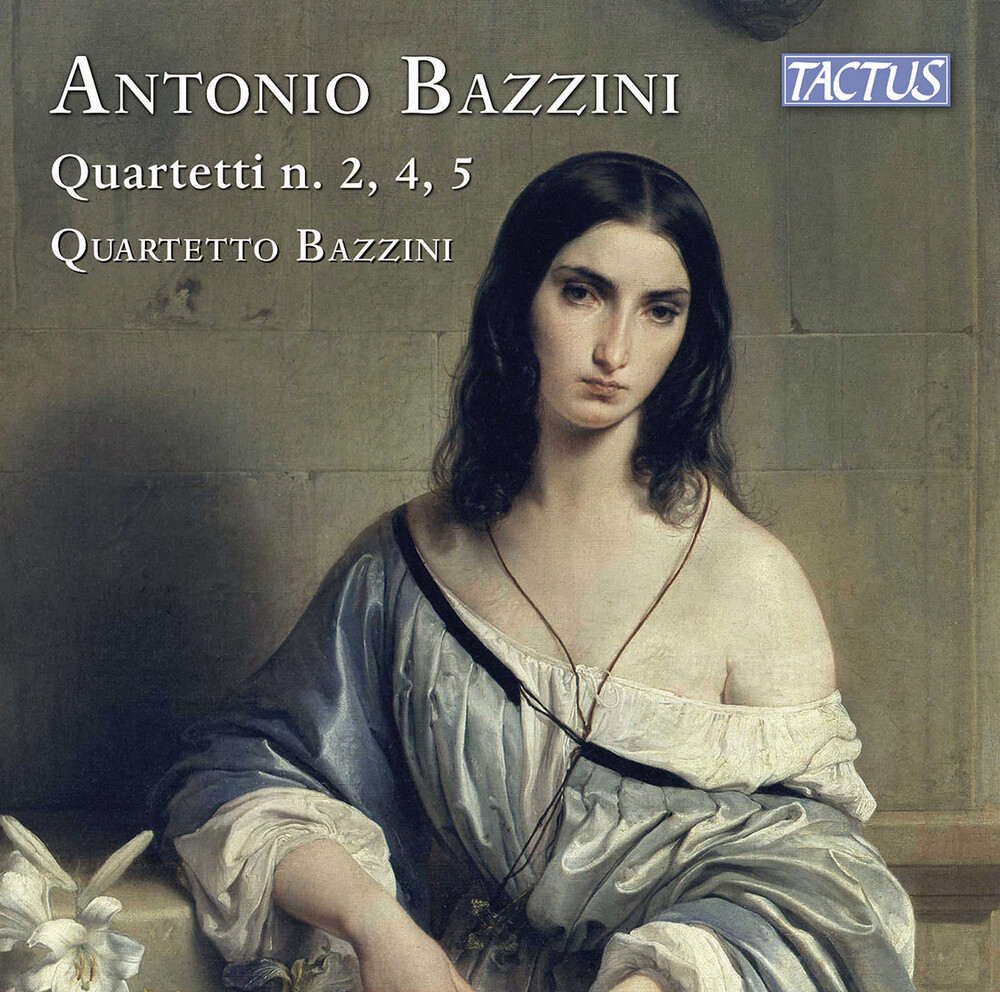 Antonio Bazzini, violinist and composer, was born in Brescia on March 11, 1818. At the age of eight, he began to study the violin under the guidance of Fausto Camesani (or Camisani); at thirteen, he published his first composition; and at seventeen, he had six symphonies for great orchestra performed at the theatre of Brescia. In 1836, when he was eighteen, he was auditioned by Paganini, who encouraged him to embark on a career as a concert performer. From that time onwards, he was constantly successful. He held concerts in Germany, Italy, France, Spain, Denmark, England and Belgium. He met many contemporary composers, one of whom was Robert Schumann, who praised him saying: "Since many years no virtuoso has given me such an intimate joy and such pleasant, happy moments as Antonio Bazzini has done. It seems to me that he is too little known, and that, even here, he has not been appreciated as much as he deserves." With this album the Quartetto Bazzini completes the recording of Bazzini's string quartets (originally printed in the nineteenth century) started in 2018 with the previous album (TC810202). The new album is including quartets n. 2, no. 4 and n. 5, shorter than the monumental n. 1 and n. 3 of the previous release, testify - as the composer Arrigo Boito reminds us - a great intelligence by years of performances and studying of the great German quartets, an experience that allowed him to remain, unlike many contemporaries, independent of the dominant melodramatic context.