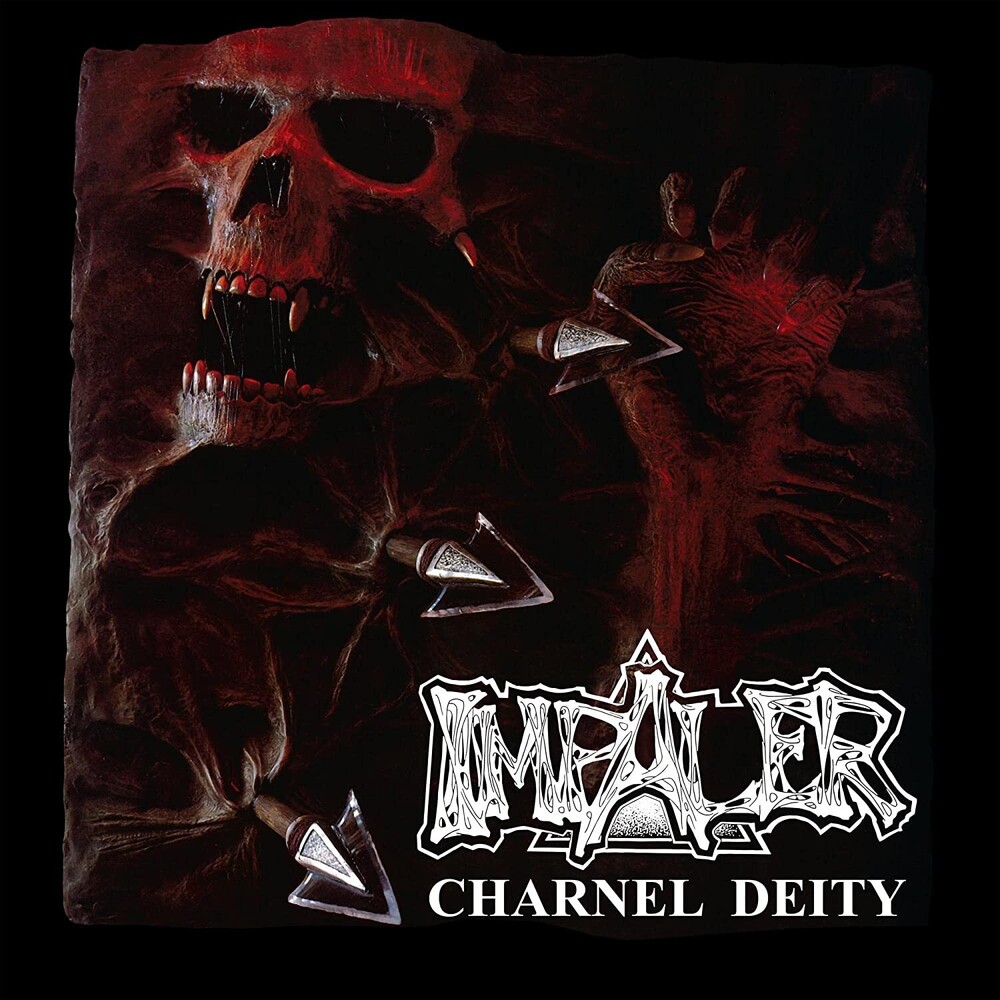 Vinyl LP pressing. 1992 debut album by classic UK death metal band Impaler. UK based Death metal outfit Impaler formed under the name of Carnage in 1988, before changing their name in 1991 upon signing a deal with Deaf Records, sub-label of Peaceville Records which spawned the likes of At the Gates. Charnel Deity was the band's only full length album release, though it has grown over the years to be considered as an underrated and often overlooked "lost classic" of early 90s UK death metal, when rated among some of the more known acts in the scene from that period. A work of catchy, often thrash-tinged death metal riffs and frantic soloing, backed up by sick vocals, 'Charnel Deity' at times evokes a similar feeling in their compositions to bands such as UK greats, Cancer, with effective, well-crafted headbanging anthems.