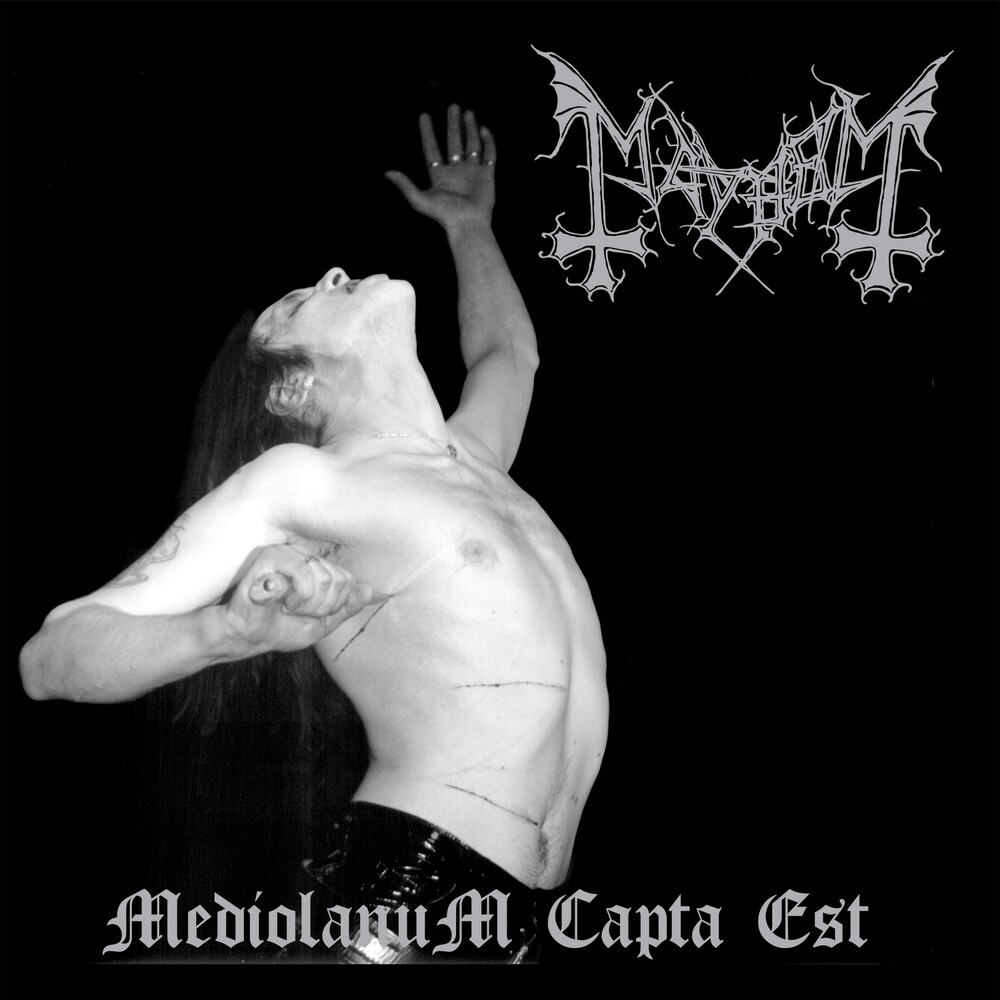 Mayhem formed in Oslo, Norway, in 1984 & is infamous as one of the early Scandinavian purveyors of black metal, made even more legendary after the well-documented murder of original Mayhem guitarist Euronymous in 1993. This live album was recorded at a performance at the Rainbow Club in Milan, Italy in November 1998. The line-up features the returning early Mayhem vocalist Maniac, plus Hellhammer on drums, Necrobutcher on bass & Blasphemer on guitar. The show also featureed a guest appearance by now-current Mayhem vocalist Attila Csihar on the track 'From the Dark Past'.With it's well captured sound & the noticeably stunning drum work of Hellhammer, the band themselves considered this worthy of being labelled an official release, as Mayhem storm through a strong set full of classics from old releases 'Deathcrush' & 'De Mysteriis Dom Sathanas', to the post-Euronymous compositions as featured on 'Wolf's Lair Abyss'. Expect nothing but dark & chaotic black metal carnage. This edition of 'Mediolanum Capta Est' is presented on classic black vinyl.