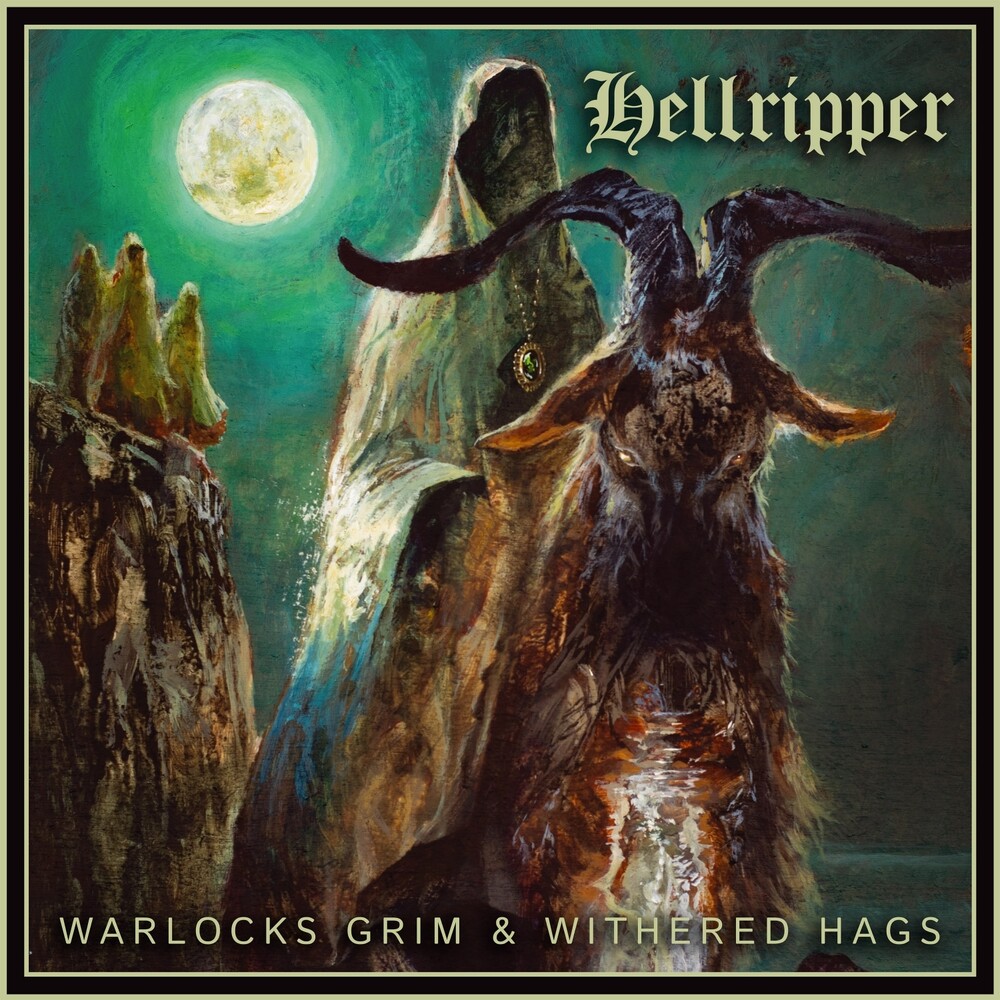 The Third Album Of High-Octane Melodic Black/Speed Metal Combined With Sprawling, Folklore-Infused Epics From Scotland's Hellripper. Presented On Limited Edition Green Vinyl With Printed Inner Sleeve. Inspired by the likes of old-school legends including Venom, Kreator, Sabbat [JPN] & Metallica, James McBain formed Hellripper in 2014, showcasing an electrifying brand of blackened thrash. Building on the already impressive foundations laid by their early EP & split releases, the first full-length album, 'Coagulating Darkness', was released in 2017 to media acclaim, with the UK's Metal Hammer hailing Hellripper as "Scotland's King of the arcane mosh" & the band receiving notable attention throughout Europe & the US. This was followed by the 'Black Arts & Alchemy' EP, before an eventual deal was inked with Peaceville Records, resulting in the masterful 'The Affair Of The Poisons', further propelling the band to the forefront of the UK metal scene. 'Warlocks Grim & Withered Hags' - Hellripper's third studio album - establishes a new threshold of excellence & raises the bar further over 'The Affair Of The Poisons', with an opus standing at the crossroads between the sound that Hellripper has become known for & a whirlwind of different influences up until now yet to be explored, resulting in James McBain's most personal & diverse work to date. With a greatly expanded scope to the tracks, incorporating more epic & melodic blackened anthems alongside the high-speed metal attack & blistering solos, 'Warlocks Grim & Withered Hags' marks a new highpoint for the band. Inspired by the landscapes & legends of the Scottish highlands, McBain explores the darker side of Scottish history & folklore - the title itself taken from a line in the Robert Burns poem, 'Address to the Deil' - as well as including references to clan culture (including his own) throughout the album. For example, one of the tracks ('The Cursed Carrion Crown') is based on the legend of 'Sawney Bean' & the Bean Clan (a spelling variation of "McBain') & tells the story of a family of cannibals that lived in a cave & committed various gruesome acts. As always, the writing & recording process was carried out by James McBain himself, with a few guests offering contributions in the form of additional vocals & instrumental parts. With recording taking place between March 2021 & June 2022, the album was also mixed by McBain & mastered by Damian Herring at Subterranean Watchtower Studios. The suitably sinister & ominous artwork appears courtesy of Adam Burke.