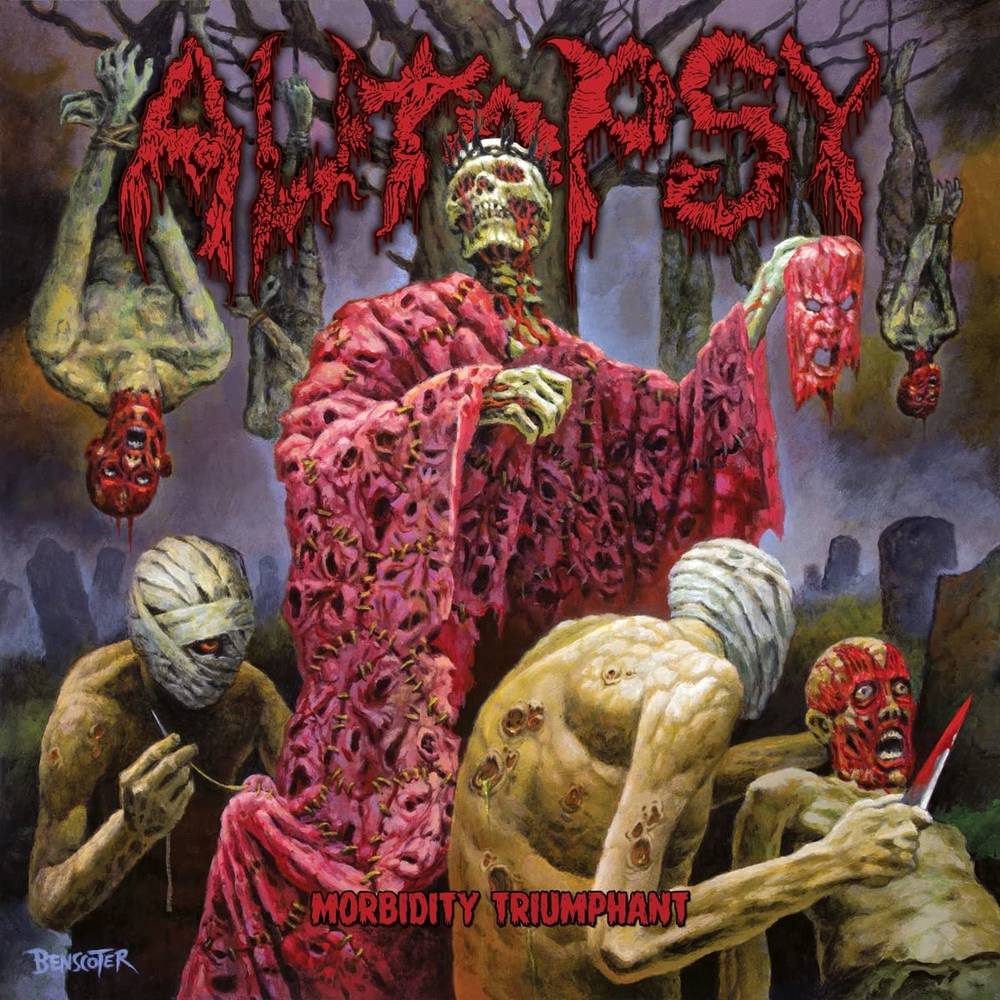 Vinyl LP pressing. 2022 release, the long-awaited full-length return of the US death metal pioneers for a new bout of supreme sickness. Since first bursting onto the death metal scene with the now genre classic Severed Survival back in 1989, and following up with the equally revered Mental Funeral album, the influential US quartet has carved an unwavering legacy over three decades as masters and purveyors of the vile sides of the extreme metal spectrum. And now, Autopsy marks it's reinvigorated return, presenting the first new full-length studio opus since 2014's Tourniquets, Hacksaws and Graves with Morbidity Triumphant; a savage offering of brutal death, showing the US legends still have an unbridled hunger for the sadistic, never reluctant to step beyond the threshold of decency. Morbidity Triumphant, the band's eighth album, is truly a dark delight for seasoned and new listeners alike, with a raw organic sound perfectly encapsulating what makes Autopsy so distinguishable among it's peers, for what could easily be considered one of it's strongest offerings to date.