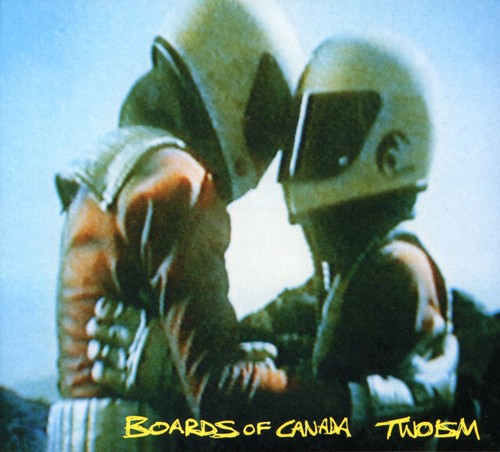 This is a re-issue of an early, limited Boards of Canada release entitled Twoism. A must of BOC fans!

Three guesses what Twoism—the long out-of-print 1996 debut of MarcusEoin and Michael Sandison , a.k.a. pastoral Scottish electronica duo Boardsof Canada—sounds like. Nope, not a death metal record. Sorry, country-rock'swrong, too. What's that—gangsta rap? Bzzzt! Sorry, kids, the answeris that it sounds like more pastoral electronica. Twoism finds Eoin andSandison working out the wrinkles that would define their sound—meaningthe ones they'd keep, not the ones they'd get rid of, since theirparticular style is all about weave and flow. Here it's less detailed thanit would become on ‘98's Music Has the Right to Children: trackslike "Sixtyniner," "Seeya Later" and "Iced Cooly"are less intricate and more forgettable than what was to come. It's alsoshort: eight songs lasting just under 35 minutes. Cultists will be fascinated;the rest of us will hear a sketchbook waiting to become a portrait.