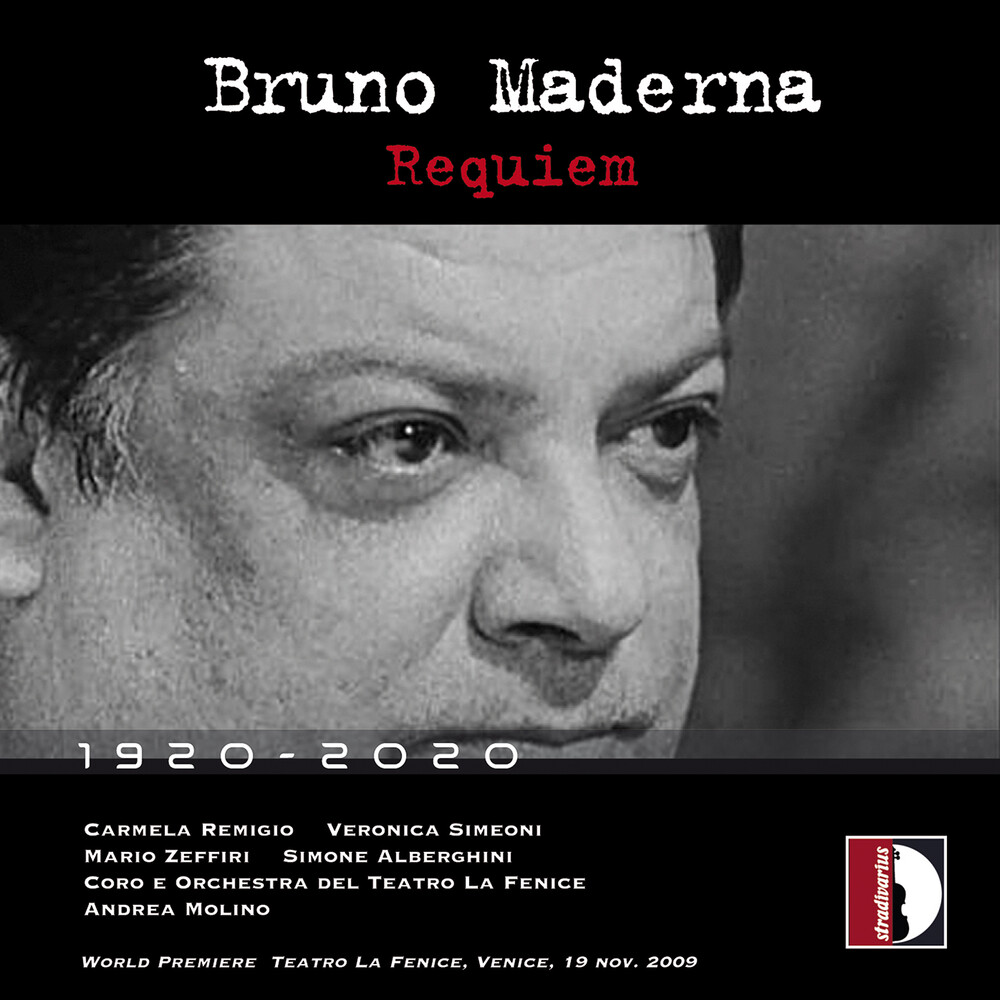 When buried masterpieces are rediscovered, they hardly succeed to rewrite history. However, Bruno Maderna's Requiem per soli, cori e orchestra, unearthed sixty years after it's disappearance, may well withstand the test, and quite successfully. With all it's bulk, and it's by no means derivative craftsmanship, it could perhaps be a candidate for the role of the 'Riace bronze' of Italian twentieth century music. At the very least - even with the aid of other rediscoveries, like the Concerto per pianoforte e orchestra of 1941-42 - this score sheds light on a character for long almost unknown: the pre-dodecaphonic Bruno Maderna, a young but perfectly formed and mature artist, whose known compositions were, until the 2000s, limited to just some minor works. For many years we had detailed yet frustrating information about the Requiem: an autograph fragment of the score had survived, consisting of sixteen pages in fair copy that included an introductory note, from which it was possible to infer the overall structure of the work, the arrangement of the choral group and the approximate number of pages, around ten times those that had survived.