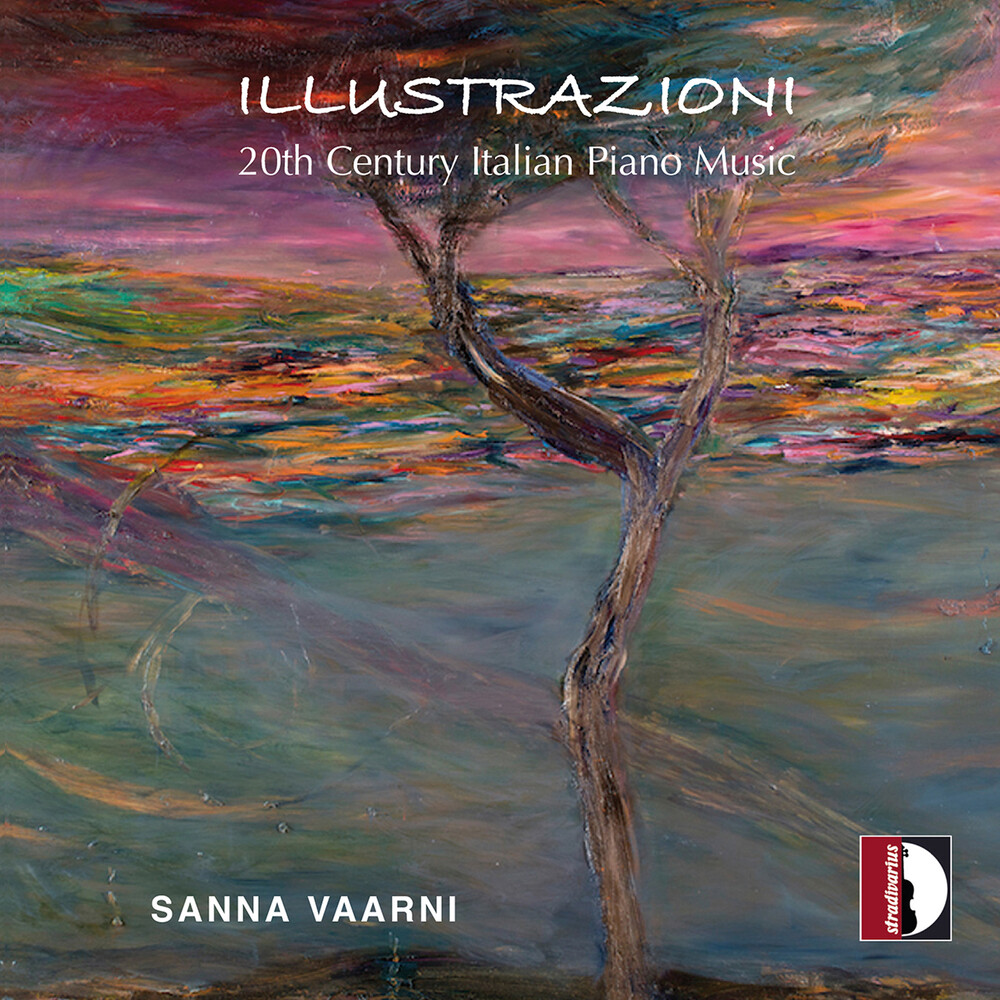 Recorded in Finland, in Järvenpää near Helsinki, this disc is a tribute to five extraordinary figures in Italian music: Gian Francesco Malipiero (1882-1973), Mario Castelnuovo-Tedesco (1895-1968), Luigi Dallapiccola (1904-1975), Giacinto Scelsi (1905-1988), and Nino Rota (1911-1979); five composers whose poetic universes, although very different from one another, are permeated by a common, intense expressiveness: the same trait that runs through the works featured here and that, like a fil rouge, has oriented Sanna Vaarni along his itinerary from 1916, the date of publication of Mario Castelnuovo-Tedesco's Raggio verde, to 1964, the year of Nino Rota's enchanting Preludi. An itinerary that thus begins in a particular phase of Italian music, marked by great ferment and multiple initiatives aimed mostly at promoting the activity of composers, animated in those same years by a shared intent: to renew their language and draw from tradition to coin a national style. An intent that was in line with the main European trends, sometimes devoted to linguistic research but more generally driven by a burning desire to re-express traditions, folklore or, moreover, the suggestion of the antique at a time when the relationship between the present and the past was at the center of significant intellectual tensions.