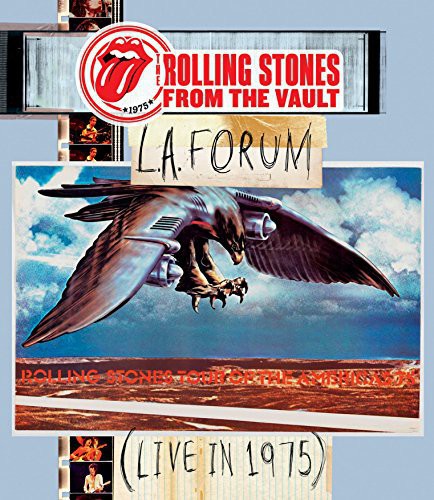 From The Vault is a new series of live concerts from The Rolling Stones archive which are getting their first official release. L.A. Forum Live In 1975 is the second title in this series. The Rolling Stones Tour Of The Americas 75 was the band s first tour with new guitarist Ronnie Wood. Even before the dates started there were dramatic scenes in New York City at the official tour announcement when the band unexpectedly turned up on a flatbed truck to play Brown Sugar . After a couple of low key warm-up shows in Louisiana the tour took in 44 dates between the 3rd June and the 8th August 1975. They settled into the L.A. Forum for a five night stint from July 9th to 13th and this concert film features the show from July 12th. The footage has now been carefully restored and the sound has been newly mixed by Bob Clearmountain for this first official release of the show.