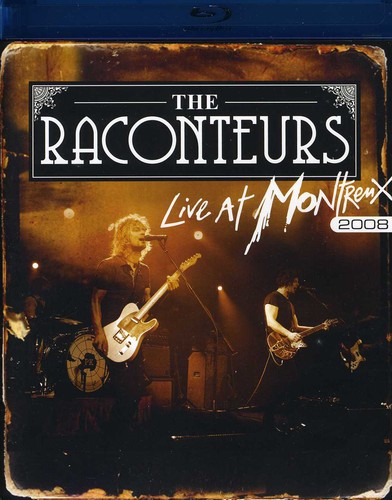 The Raconteurs were formed in 2005 by Jack White of The White Stripes, acclaimed solo artist Brendan Benson and drummer Patrick Keeler and bassist Jack Lawrence from The Greenhornes. Their debut album Broken Boy Soldiers charted at No.2 in the UK and follow up Consolers Of The Lonely went in at No.8. Both albums were also Top 10 in the USA. This performance from Montreux in 2008 was part of the tour in support of their second album. The setlist is split between songs from the two albums with the addition of a cover of the old Charley Jordan track Keep It Clean . This is rough, tough rock n roll with great tunes and even better guitar hooks performed by an outstanding live band.