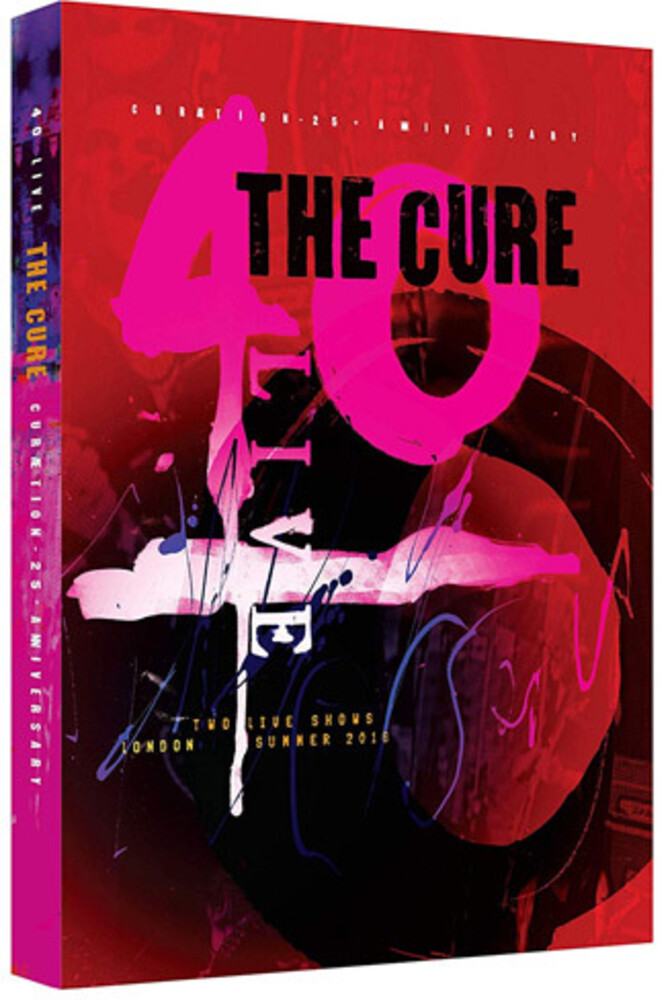 2 Blu-Ray Standard Edition. In 2018 The Cure performed two historic shows celebrating a 40-year career. ANNIVERSARY: 1978-2018 Live In Hyde Park London - a 29-song, 135-minute anniversary concert and CUREATION-25: From There To Here, From Here To There - captured on the tenth and final night of the 25th Meltdown Festival (curated by lead singer Robert Smith) at London's Royal Festival performing a song from each of their 13 studio albums in chronological order, displaying the evolution of The Cure's music live on stage.

Directed by Tim Pope the long-time collaborator behind many of The Cure's music videos and their award-winning 1986 film In Orange Anniversary is chronicled in 4K with a 5.1 surround sound mix by Robert Smith and Paul Corkett. Pope states I went to rehearsals in a very cramped studio just the day before the show... I knew as the set list unfolded that the only way to show people The Real Cure was to capture not only the grand, epic dimension of their stage show, but also the close, intimate side of this band simply making music together.