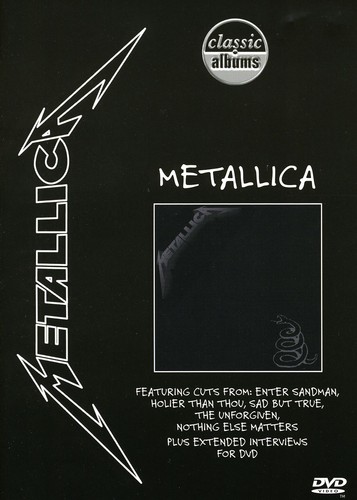 The story of the making of this remarkable album is told here via exclusive interviews with band members James Hetfield, Lars Ulrich, Kirk Hammett and Jason Newsted, archive footage and performance, and contributions from producer Bob Rock.

''Metallica'' (also known as ''The Black Album'') is the eponymous fifth studio album by the American heavy metal band Metallica. It was released on August 13, 1991 through Elektra Records. The album features songs that are considered today among Metallica's most well-known songs, with songs such as "Enter Sandman", "The Unforgiven", "Nothing Else Matters", "Wherever I May Roam" and "Sad but True".

It spent four consecutive weeks at number one on ''Billboard 200''. ''Metallica'' is the band's best-selling album to date, with over 15 million copies sold in the United States. It is the best-selling album of the SoundScan era. The album was certified 15x Platinum (Diamond) by the RIAA on November 13, 2009. - Wikipedia