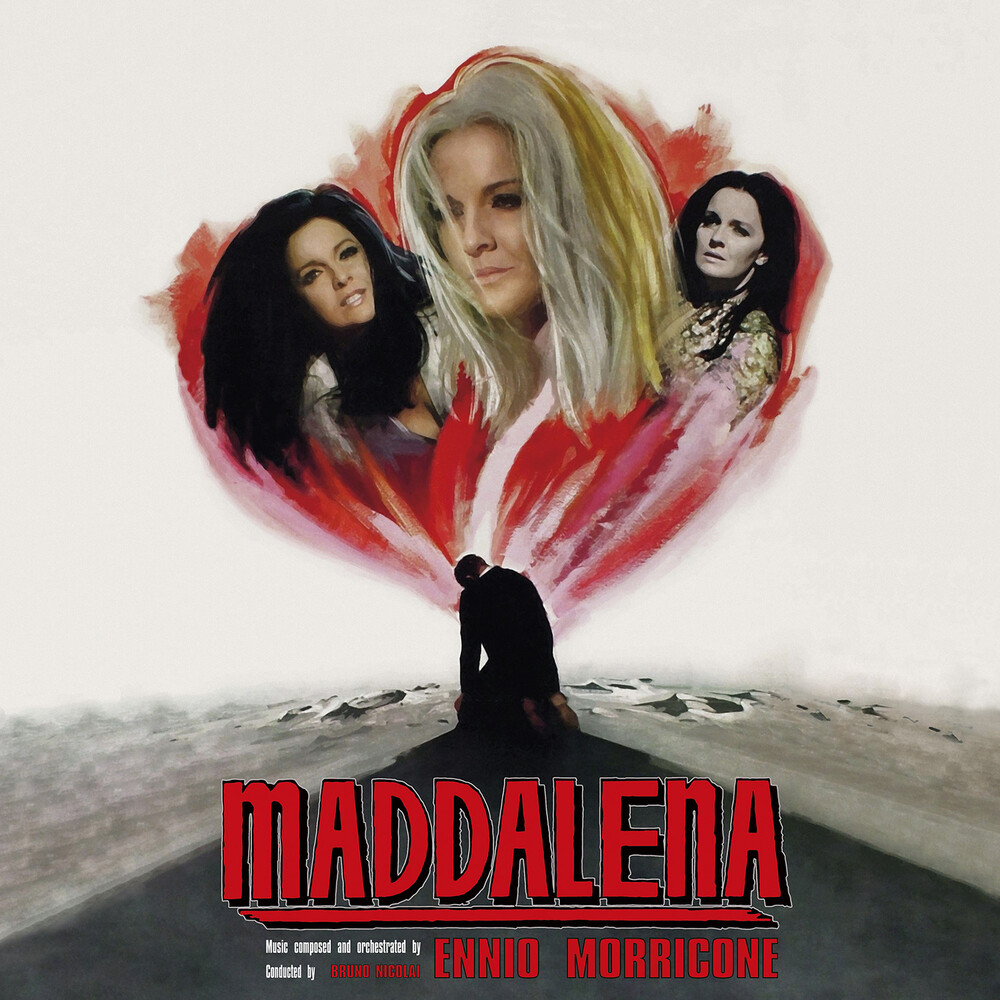 "Maddalena" is a 1971 movie directed by Polish director Jerzy Kawalerowicz, starring Lisa Gastoni, Frank Wolff, Ivo Garrani, Paolo Gozlino and Lucia Alberti. The soundtrack composed and orchestrated by Ennio Morricone sees the participation, once again, of the Maestro's usual collaborators: conductor Bruno Nicolai, plus Anna Dell'Orso and Alessandro Alessandroni's Cantori Moderni on lead, backing vocals and choir. This soundtrack is mainly characterized by three long tracks, each one almost 10 minutes long, that mix elements of classical music, opera, tribalism and psychedelia in a constant flow of notes and sensations. Originally published in 1971 in a rare LP that has today become a true collector's item, the "Maddalena" soundtrack is here reissued in an exclusive and limited edition with audio remastered from the original tapes, new artwork and pressed on clear red vinyl.