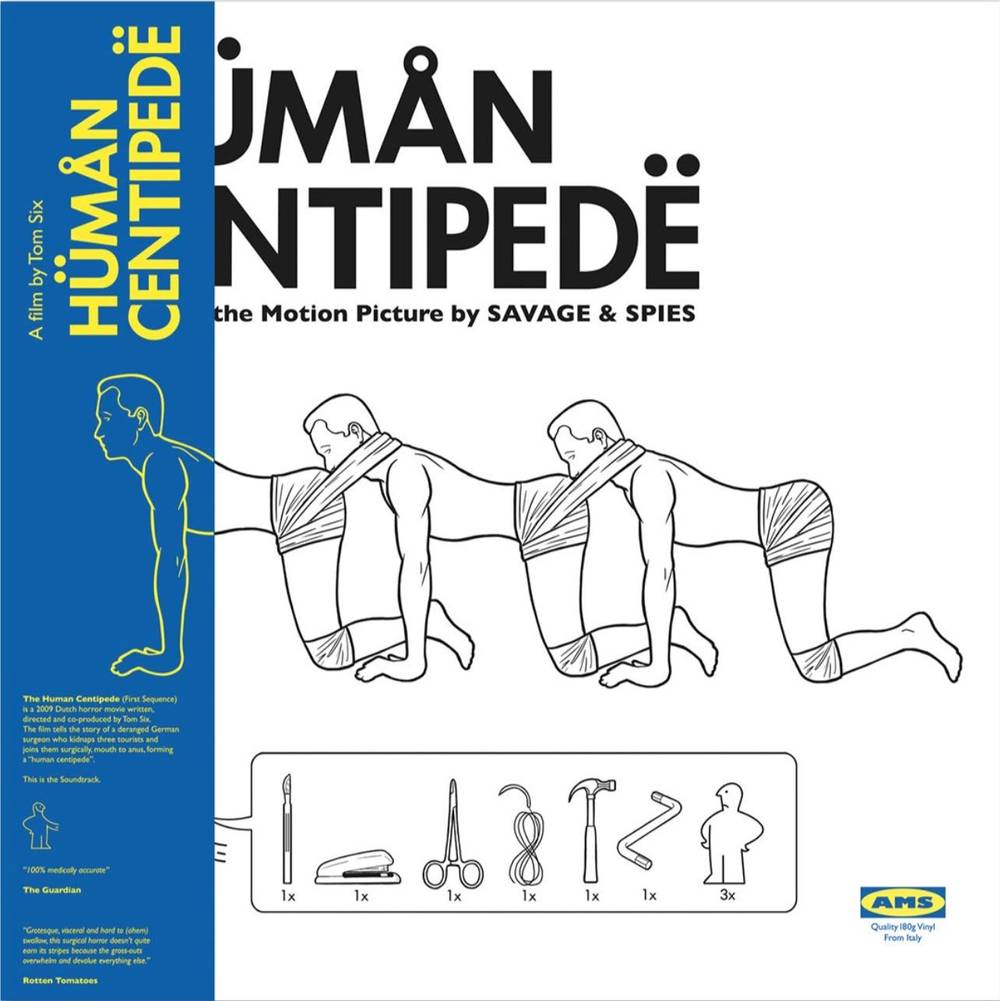 The soundtrack of one of the most sinister, disturbing, controversial and original horror films of the last twenty years is finally available on a physical format!'The Human Centipede' is a film conceived, produced and directed by Dutch director Tom Six, which tells the story of the wicked Doctor Heiter, a manic German surgeon who kidnaps three people with the aim of surgically sewing them together to form a 'human centipede'. The movie has won many awards at various horror film festivals, and it's delirious plot has become part of the urban subculture, thanks to numerous citations in TV series (including The Simpsons and South Park), films and songs. The sinister and spine-chilling electronic soundtrack created by Patrick Savage and Holeg Spies perfectly reflects the morbid atmosphere of a film that 'occupies a world where the stars don't shine'. This release contains the music of the first film of 'The Human Centipede' series, conceived right from the start as a trilogy that began in 2009 with a 'First Sequence' and followed in 2011 and 2015 respectively by the 'Full' and 'Final sequence'.This first yellow vinyl edition, enclosed in a gatefold cover with artwork by Ed Harrington, contains also a very special add-on: a temporary tattoo with the illustration of the centipede project designed by Dr. Heiter himself!