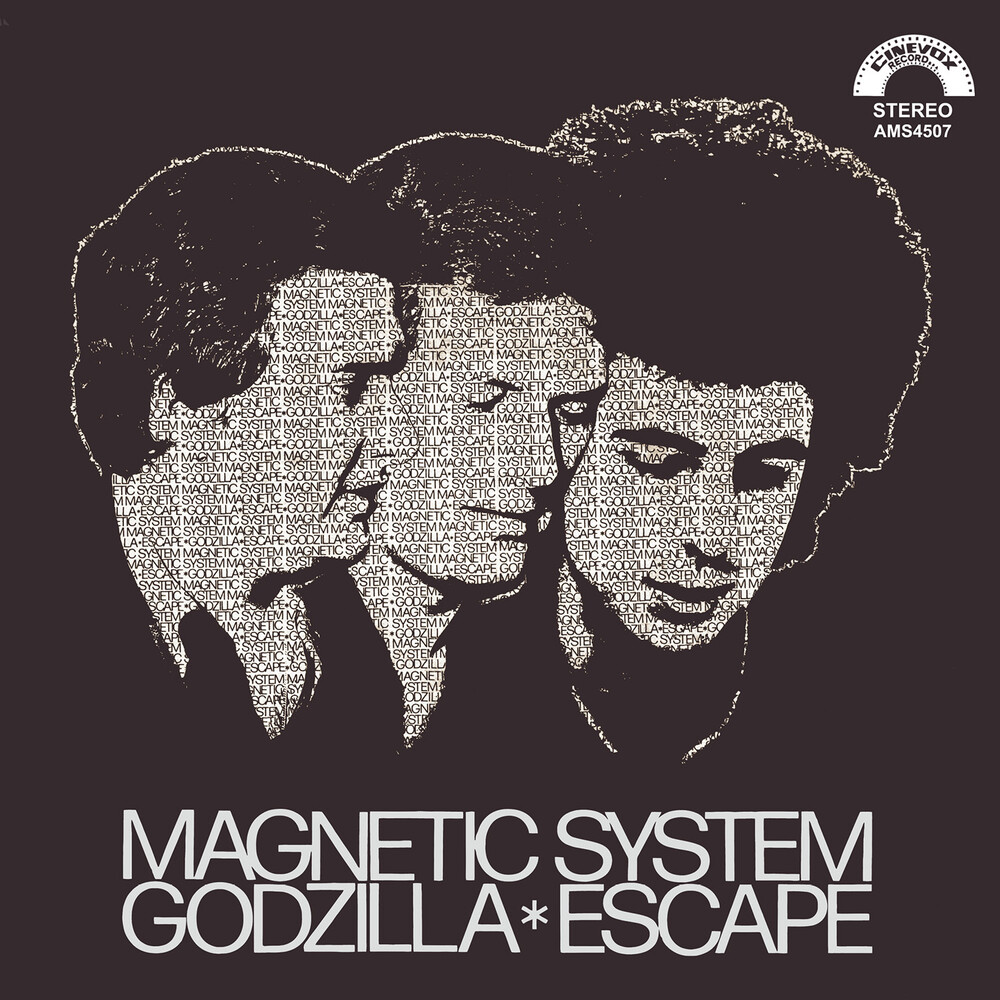 Magnetic System were a sort of supergroup founded in the second half of the '70s, consisting of three of the greatest Italian composers, musicians, arrangers and producers: Vince Tempera, Franco Bixio and Fabio Frizzi. This wasn't their only artistic collaboration, but under the name of Magnetic System only a 7-inch had been released in 1977, containing the two tracks "Godzilla" and "Escape".

The first track "Godzilla" is very peculiar, taken from the soundtrack of a rare '77 movie conceived and realized by director Luigi Cozzi, who was specialized in underground low-cost productions, mainly active in the science fiction field: starting from the 1954 "Gojira" movie, he completely re-edited it by adding new footage, slowing down some sequences and colouring it's frames, transforming the original product into something fully acid and psychedelic, that perfectly fit the trio's music, a space-krautrock lysergic trip exclusively made with keyboards and synthesizers. On the flip side, "Escape", is a track that was included in the soundtrack of the 1977 films "Operazione Kappa: sparate a vista" (internationally distributed as "Day of Violence") and "Ecco noi per esempio": an exciting heavy-funk song with a pulsating bass and futuristic/cosmic synth soundscapes. This 45rpm is today one of the rarest in the entire Cinevox catalogue, and it is officially reissued for the first time ever for the Record Store Day 2020! A beautiful discovery that demonstrates once again that the '70s never cease to surprise!