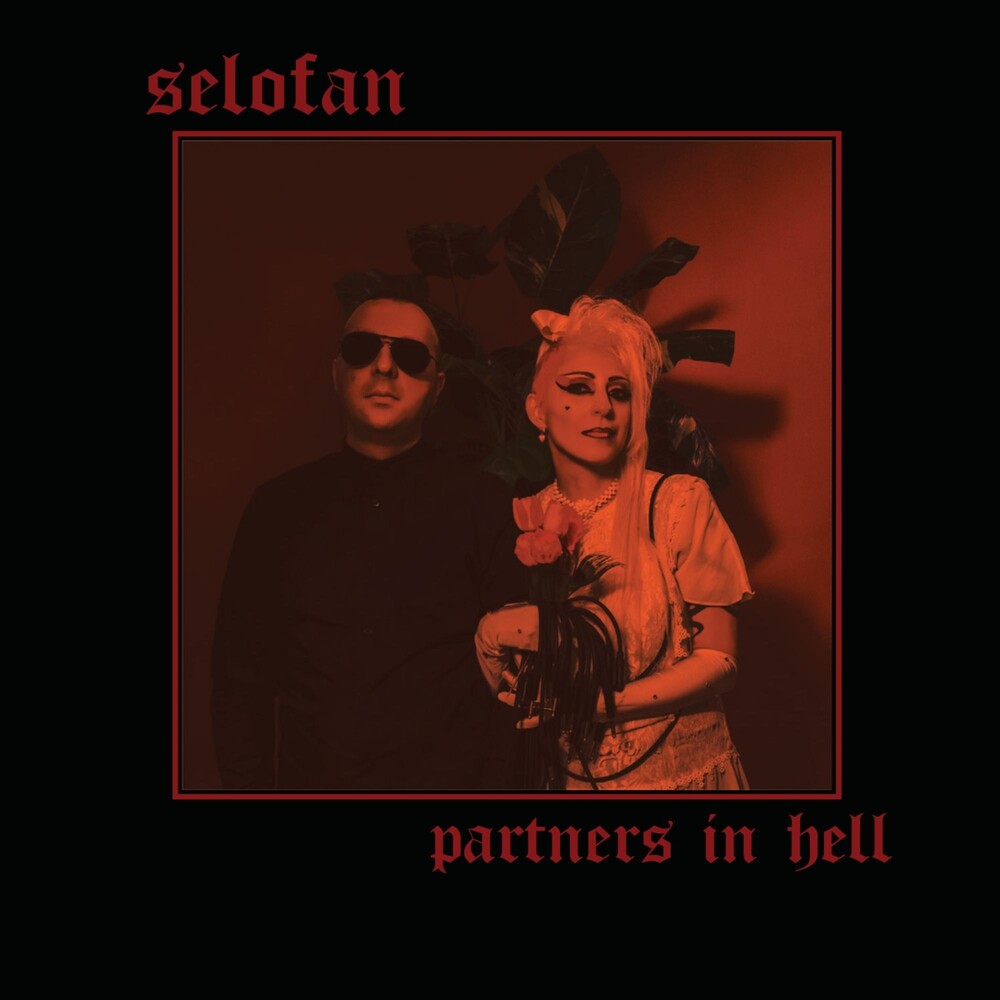 FP030G pressed in black with red splatter vinyl 500 copies hand-numbered. A match made in heaven and hell, since forming in the cradle of Europe Athens, back in 2012, dark synth duo Selofan have paved their own perditious way, reinventing the modern Darkwave scene throughout the continent and worldwide with their prolific creativity and work ethic over the past decade. Through varied experimental synth-scapes conjured with keen ears for sound design, production, and theatrical aesthetics, Selofan rest not on the laurels of just creating highly danceable coldwave infused music, but with together with Joanna Pavlidou's haunting vocals, and Dimitris Pavlidis' throbbing bass guitar, and modular synth compositions, the pair conjure whole other worlds and narratives throughout each album and music video they create. Thus far the Selofan have released 5 studio albums, issued through their own legendary label they curate themselves: Fabrika Records. Through their Fabrika family, Selofan have championed such acts as Lebanon Hanover, and She Past Away, aiding these bands in becoming two of the most popular Darkwave acts worldwide. Drab Majesty even cameoed in a She Past Away video while being hosted by Selofan during one of the band's frequent stays in Athens, and Kaelan Mikla, a handpicked favorite of The Cure, were first championed by Selofan, through the release of the Icelandic Trio's self-titled debut in 2016. In the Spring of 2020, Selofan released the video for the hopelessly plaintive "There Must Be Somebody", the first single from their forthcoming sixth studio album Partners In Hell, the follow-up to 2018's widely popular Vitrioli LP. "There Must be Somebody" is a discordant composition, mimicking the startled song of birds after a disturbance in a wooded enclave on a mountainside, while a magick ritual unfolds. The album itself opens with "Grey Gardens", a menagerie of morose melodies setting a sombre tone for the rest of a bleak record whose sound design and dreamscapes evoke the best sounds of British and German post-punk of the 80s. "Almost Nothing" is a brooding bell-driven track with a dark and pirouetting melody that is the perfect soundtrack to a figurine twirling in a music box. The German language "Nichts" means No, and this song is both sinister and cinematic with sighing keys, shuddering drum machines, and German lyrics sung with sorrowful conviction. "Zusamen", is a word often asked if you are together, or separate, is a dark ballad whose shadowy keys weave a nightmarish delirium, evoking the soundscapes of a lullaby sung in a haunted dollhouse. "4am" is a restless rhythm, whose soft percussive melody tosses and turns alongside subtle bass and string accents overlaid with despondent vocals. "Happy Consumers" sounds like the swirling of a finger drawn upon the edge of crystalline glass, with vocals and drum machines coming emanating from an adjacent room with echoing acoustics, collectively evoking the sound like lingers when the somnambulist wakes from his dream. "Absolutely Absent" hums onward like a phantom train ride that is a one-way ticket to madness, and with the next track "Metalic Isolation" the locomotive beats gather more steam, propelled forward with anachronistic melody. The album closes with "Auf Dein Haut", which translates as on your skin, and the song is both tactile and tenebrous with sensuously dark synth textures amidst howling German vocals that take flight like witches during a sabbat. Partner's In Hell was mixed and produced by Serafim Tsotsonis, and mastered by Doruk Ozturkcan. Genre: Alternative / Post-Punk / Cold Wave