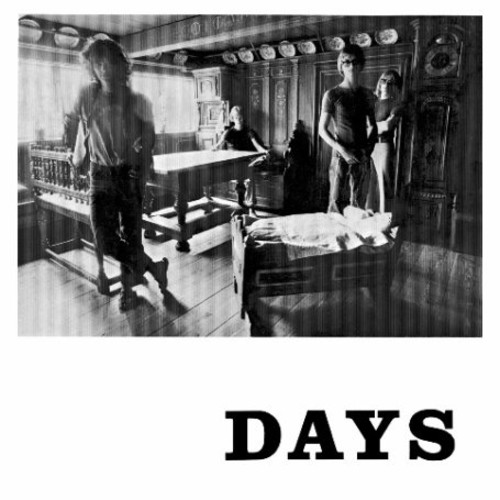 The Danish group Days was formed in Copenhagen in the winter of 1967/1968 by Peter Lindhe (drums), John Kjaergaard (vocals/rhythm guitar), Ole Fester (vocals/bass) and Lars Reinau (vocals/lead guitar). The band's repertoire was mainly rock and blues-oriented with cover versions of songs from John Mayall's Bluesbreakers, Cream, Jimi Hendrix and the Rolling Stones. Lindhe and Reinau started writing original material for the band and the repertoire started changing from rock/blues cover versions to self-composed, more lyrical songs with elements of the Beatles, Procol Harum and (early) Deep Purple. In 1969, Jorn Anker (Hammond organ) joined the band and he, too, started contributing new original songs. The Days LP was recorded in the early summer of 1970 and in 1971, the band split up. Days came out on the Spectator label, and is one of the rarest albums from Denmark. It is full of amazing prog tunes with great organ elements and strong fuzz guitar. A killer album from beginning to end.