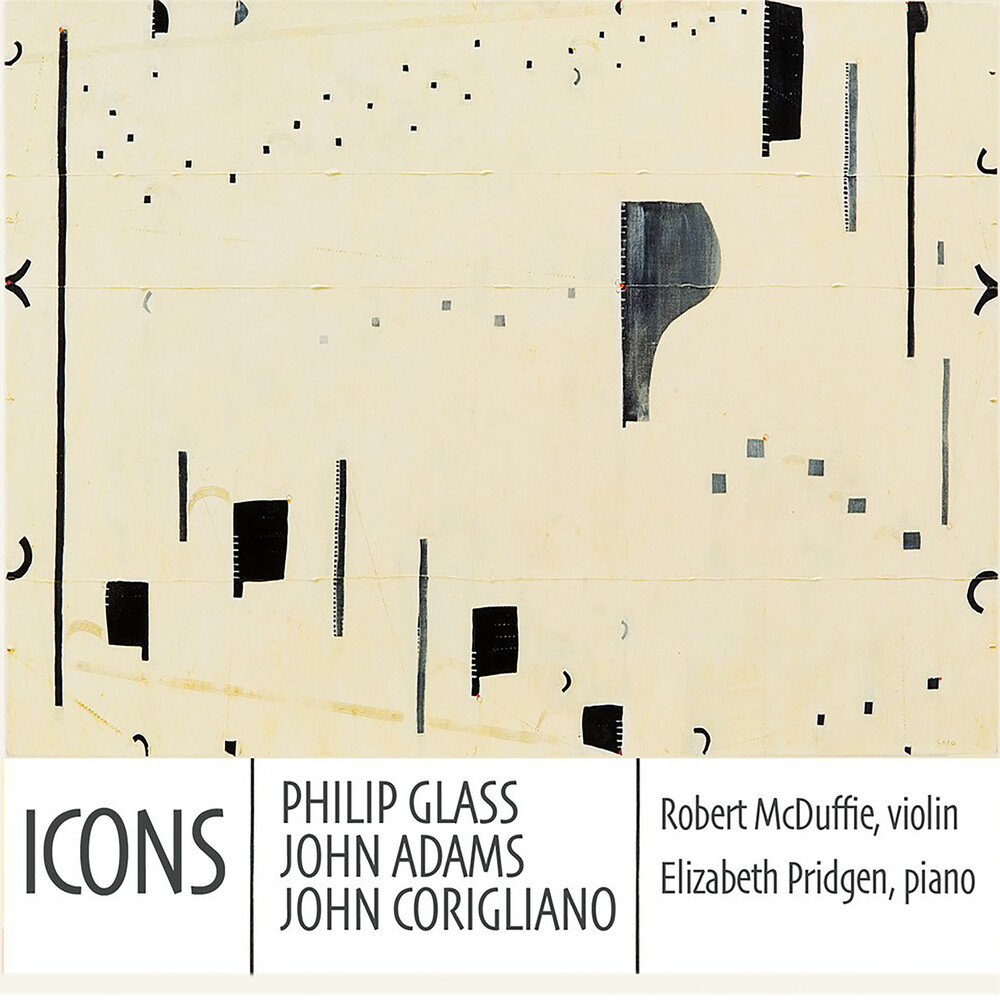 Long champions of new music, pianist Robert McDuffie and violin virtuoso Elizabeth Pridgen fix a spotlight on three masterpieces of the violin piano repertoire by three of the most celebrated American composers of the past half century: Philip Glass, John Adams and John Corigliano. On Icons, the artists extend their expertise in the music of Philip Glass with his Violin Sonata from 2008, infusing the work with an energy and charm. John Adams, hailed by the New York Times in September 2022 as "arguably our greatest living composer," wrote his seminal Road Movies for violin and piano in 1995. It quickly became a staple of the repertoire. Evoking the vast expanse of the American continent and the archetypal American road trip, the piece captures the landscape as it passes by your car windows. McDuffie and Pridgen's performance embodies the sleek rhythmic precision required to appreciate that imaginary journey. Perhaps his most famous piece, John Corigliano's Violin Sonata was written in the 1960s when the composer was in his mid 20s, and his father, the famous violinist John Corigliano Sr., was concertmaster of the New York Philharmonic. Despite writing the sonata for his father, years would pass before he would take on the piece and only then because the sonata had organically become an unmitigated success. Since then, it has continued to be one of the best pieces written in the past 50 years for violin and piano. Joy and expertise are in abundance in these recordings, and the end result is a contextualizing of three works by these great masters. Each composer is tremendously different from one another, but united in the artistry of Robert McDuffie and Elizabeth Pridgen.