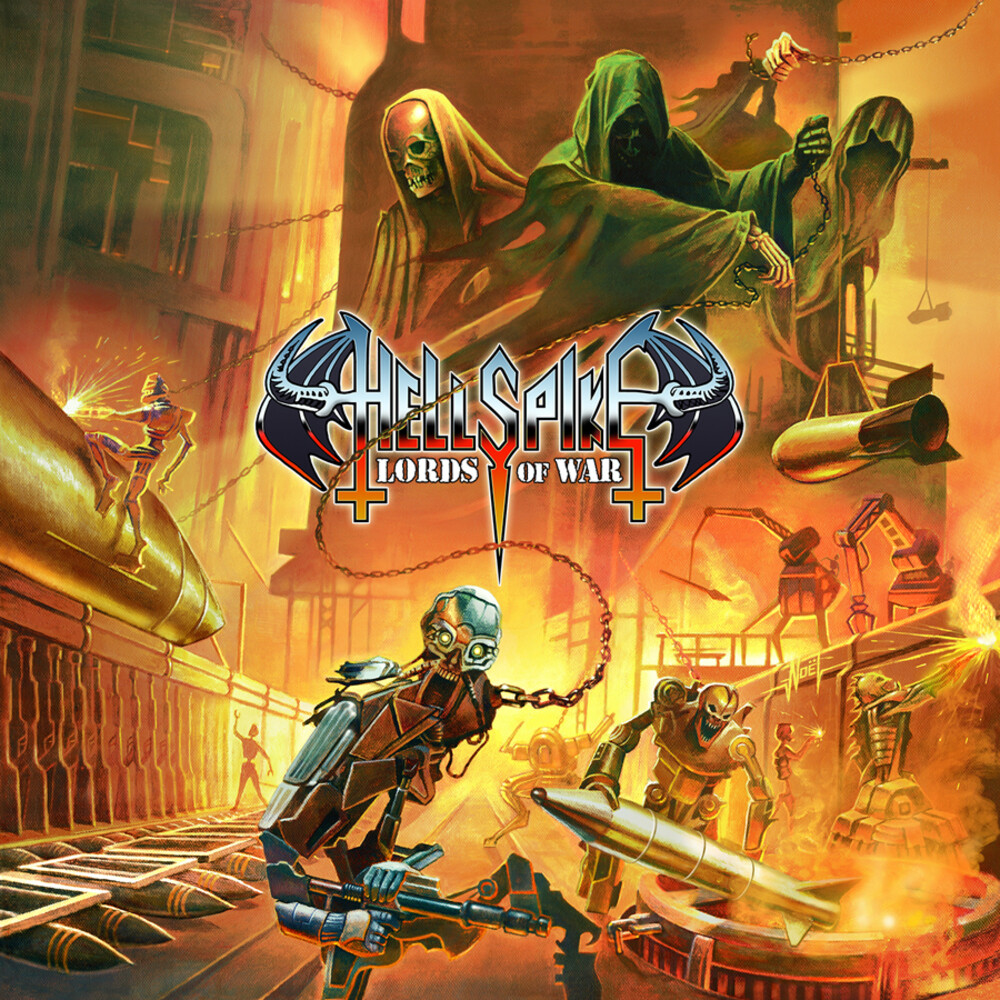 2020 release. Turning back the hands of the clock to a time when metal was metal, Hellspike herald the advent of doomsday to the sound of electric guitars. The band is young, but it's members have cut their teeth on metal - both vocalist/bassist Rick and guitarist Zellpike are Ravensire alumni and have played in many other Portuguese bands such as Ironsword and Inquisitor. As the Lords of War lay claim and lay waste to a diseased planet, Hellspike proclaim that real Metal will not go down without fighting. Dark and terrorizing riffs are combined here with tasteful melodic solos and creative arpeggios. The amazing instrumentals are where the guitarist really shines, and on the other tracks, Rick's vocals are ranging from harsh snarling to raspy bellows. They pay tribute to the heavy/speed metal legends like Iron Angel, M.A.R.S. or Running Wild and Grave Digger in their good old days, as well as continue the thrash legacy of the old masters such as Destruction, Necronomicon, Living Death, Violent Force or Sabbat (UK), but still score high on originality.