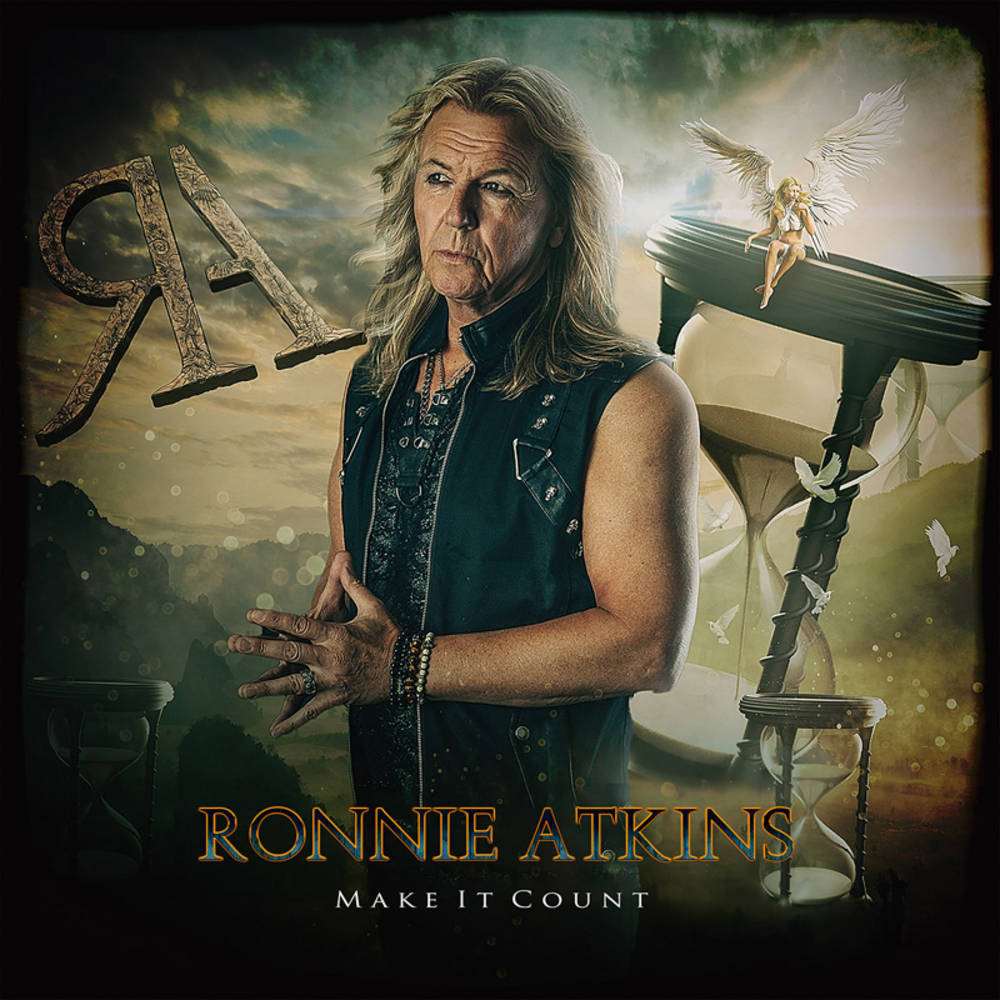 Respected Danish hard rock singer/songwriter Ronnie Atkins has announced the upcoming release of his new studio album, “Make It Count” on March 18, 2022. The electrifying melodic hard rock masterpiece "Make It Count" will be released almost one year to the day after the release of Atkins' last solo album, the critically acclaimed "One Shot".   Rather than hyperbole from the record label, we'll let Ronnie tell the story of "Make It Count" in his own words...  "Me and my great team of musicians followed exactly the same procedure as we did with "One Shot," since I still feel a bit like I am racing against time because of my diagnosis. So, I basically sent my songs to Chris [Laney, producer], who would then work on a demo. When we were satisfied with the arrangements, I would then record the vocals and then the individual musicians laid down their tracks. I already had quite a few ideas from when "One Shot" was released back in March 2021 and continued writing on and off through the spring and summer of 2021.

The album was then recorded between April and October 2021," explains Atkins.  "Let me also state that I felt pretty good during the whole process, at least physically. :-) And this time, I had the chance to actually meet with some of the musicians in-person because the Covid-19 restrictions were not as tough as they were back in 2020 when we recorded the last album," adds Atkins.  As for the music, Ronnie says, "Once again it was quite an easy going proces!! Some of the songs were written on piano and some of them on guitar. I write the way I write, which means that the melodies and toplines are the first priority. If I feel I got a good song with the right chord structure and a strong melody that sticks in my head, then I know I’m on to something good and from there it can only get better. :-). And that’s when I send it on to Chris Laney, who then listens to it with a new set of ears and comes back with his input about the arrangement and additional little bits and pieces.

As said, it is an easy going process since we’re on the same page and that’s a great way of collaborating. Style wise, it’s basically just melodic pop/rock songs, so to speak, that we turn into something suitable for those who followed me all those years. To me, a good song is a good song and then it’s a matter of how you wrap it up."  He continues, "Finally, the great thing about doing this is that I don’t have to argue with anyone whether it’s too pop or too lightweight, etc. I do what I do, 'cause that’s what I like and I’m my own boss for these solo albums and therefore, also the only one to take responsibility if it doesn’t live up to people's expectations. But, this is what I wanna do at this stage of my life and I think I’m convinced that “Make It Count“ is a great melodic rock album and I hope the fans won’t be disappointed."  As to the lyrical themes on the album, Ronnie says, "The lyrics are always the hardest part of an album from my perspective!!

It’s way easier for me to write a song than a lyric, to be honest. But of course it varies. Sometimes you already have the title and the topic when you’re writing the song and at other times you’re just out of ideas. This time, it was tough at times since my health issues are somehow in my subconsciousness 24/7. No matter what I do, I’m being confronted with it everyday one way or the other. So, some of the songs are touching on this issue of course, can’t help it. That said, I’m also trying to give it a positive twist, meaning that we just have to get the best out of life and love the one we’re with while we’re here. It’s just impossible to write about sex, drugs, and rock’n’roll or whatever living with a life threatening disease and a dagger hangin' above your head!!! Or it is for me, at least! So, bottom line, I guess the lyrical content on this album is partly about the aforementioned topics, the climate, and in general, topics that make sense to everyone without being political."

Since the start of his rock 'n roll journey with Pretty Maids, Ronnie Atkins has consistently gifted fans with quality, melodic rock and "Make It Count" delivers again in spades.