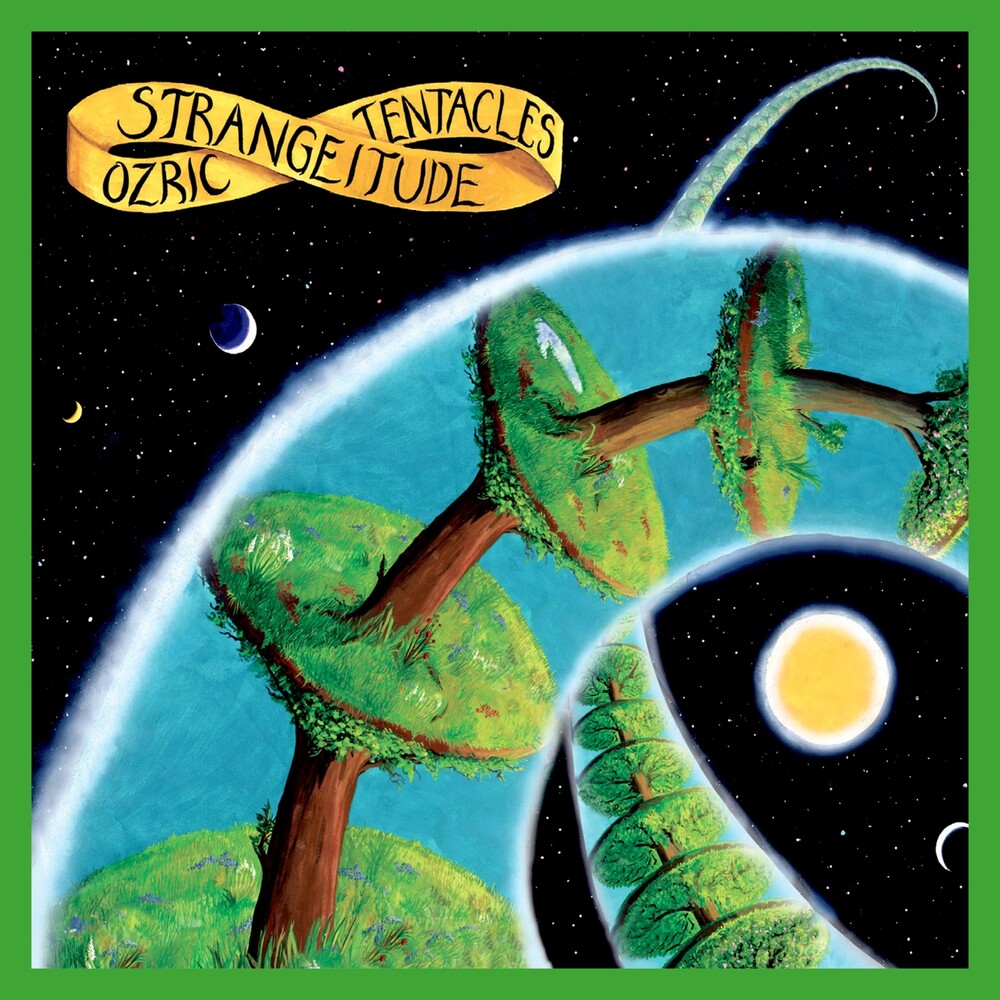 One of the most influential bands to emerge from the UK's festival scene, the Ozrics layer ambient and ethereal landscapes with freeform dub trips, incredible rave grooves and psychedelic progressive rock. It's an open exploration of music and the soul. For over 30 years, the Ozrics have experienced the vicissitudes of the rock and roll life. The band has flourished through a number of line-up changes, spawned several side projects, created their own record label, scored a hit record and sold over a million albums worldwide. And yet, the basic motivation behind the band's existence has never wavered. Their signature blend of hippy aesthetics and raver electronics with spiralling guitars, textured waves of keyboard and midi samplers, and super-groovy bass and drum rhythms continue to delight fans across the world to this day. Strangeitude was released in 1991 and featured the band's first single, 'Sploosh!' which reached number 1 in the UK independent chart. The album serves well as an opener to the band's world, with a leaning towards their techno influences blended in with jazz, psychedelic rock and dub. Strangeitude is now back and presented in a digipack sleeve complete with a 4-page booklet and uses the 2020 Ed Wynne remaster.