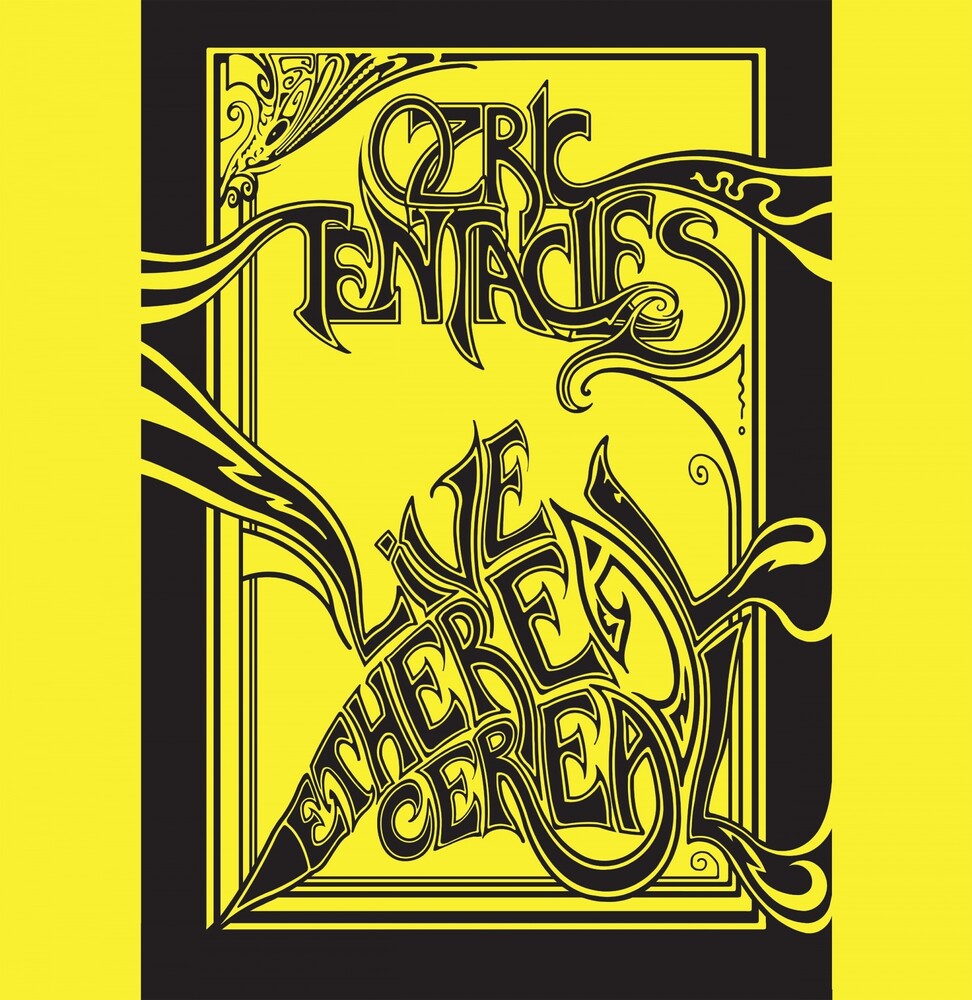 A raggle-taggle, unpretentious assortment of punk-infused, dreadlocked hippies, since 1983 the Ozric Tentacles wove psychedelic audio-tapestries that captured the almost dangerous musical diversity of the free festival scene, blending acid rock with dub, reggae, ethnic world music and electronic, jazzy experimentation. This was the soundtrack to the herbfragranced, alternative lifestyle that wound it's way around country lanes looking for a place to set up and party, away from the psychoses of corporate life. Without any desire or need for a record label, it was the Ozric Tentacles' cassette releases that funded and supported their journey through the '80s. These simple artefacts with photocopied inserts and rainbow spray-painted labels were sold in vast quantities at festivals, on the merchandise table at Club Dog and through a mail order outlet. With the rapid word of mouth success of Erpsongs and Tantric Obstacles in 1985, the growing ranks of Ozrics fans were demanding more music. Ed Wynne was regularly handing out compilations of live recordings and studio outtakes to fans who wanted to send him a blank cassette in the mail. The solution to the overwhelming amount of requests was a compilation of live recordings under the title Live Ethereal Cereal which first appeared in '86. It is immediately apparent that the band was a much heavier proposition in a live environment. The opening cut 'Erpriff' displays just how strong they could be with a full drum kit. The recordings perfectly capture the atmosphere of those early anarchic tours. 'Erpriff' and 'Tentacular Explosion' in particular are powerhouses of crackling improvisational energy. 'Obstacular Explosion' sounds like Santana in places, with Ed improvising solos over a backbeat of conga fuelled percussion whilst at other moments the band pull back for some lazy dub sounds as heard on 'Stupid Reggae'. A nod to Gong and Steve Hillage can be found in the form of 'Aumriff' ('Om Riff'), which is about as close as The Ozrics would ever come again to a cover version. Unsurprisingly the 'pot-head pixie' tune effortlessly dovetails with their own material. Newly remastered by Ed Wynne and available again on CD, these recordings offer a wonderful insight into Ozrics at the height of their live powers. Live Ethereal Cereal is presented in CD digipack via Kscope.