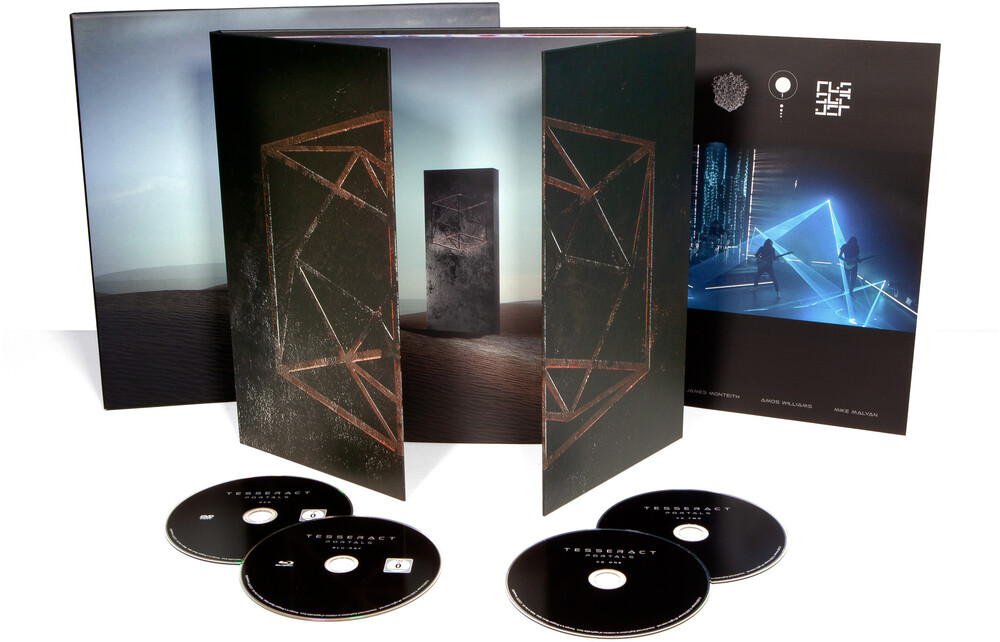 Following on from 2018's critically acclaimed studio album, 'Sonder', the band, during the midst of a global pandemic decided to come together to present 'P O R T A L S' - a cinematic live experience like no other. The band took livestreams to a new level by interspersing a conceptual storyline with their live performances that featured an arena-style light show. Tesseract are a band that sit outside the bounds of any genre specificity, pioneers of the ever-evolving rock and metal scene, with an unstoppable force of off-kilter riffs, soaring melodies and disorientating atmospherics. They put all of this into the December 2020 event that featured the band performing songs spanning their entire catalogue. Highlights included "Nocturne" off their 2010 debut EP, 'Concealing Fate' and continued with "Eden" (One, 2011), "Of Matter" (Altered State, 2013), "Tourniquet" (Polaris, 2015), and "King" (Sonder, 2018), with the whole performance capturing 14 songs over 2+ hours. Bass player Amos Williams explains more about the event and the concept behind it: "P O R T A L S is a celebration of our love of performing. Each act is a still from an ever-evolving musical personality. Each song is the conversations you have with old friends when you meet up for the first time in ages and you pick up exactly where you left off." Now, Kscope are proud to present this unique event to a wider audience for the first time. This limited Edition Deluxe hardback book 4 DISC SET includes: Blu-ray & DVD includes: P O R T A L S main feature Behind the scenes documentary Live In The Lockdown P O R T A L S hi res audio only version (all BD/DVD audio 48/24 PCM Stereo) and 2CD P O R T A L S soundtrack.All presented in a lavish set with 40-page book containing exclusive pictures, extensive liner notes from Amos Williams and individually numbered art print.Along with the release of the livestream event, the band will be playing their first live shows in almost two years this November and December supporting Trivium in the UK and Europe, as well as returning to North American shores in 2022.