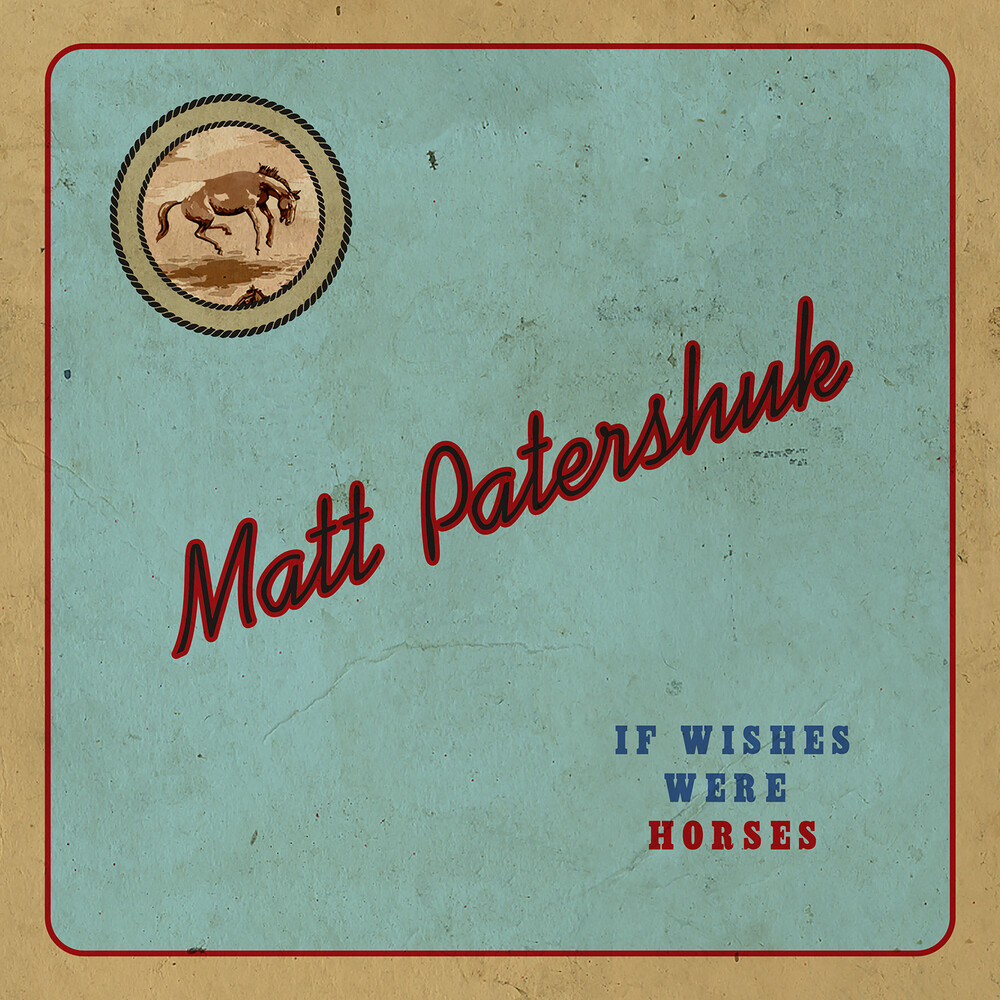 New album by award-winning Canadian Roots/Americana artist Matt Patershuk! Somewhere out past where the highway ends, far from the creative meccas of Montreal, Toronto and Vancouver, one of Canada's best-kept musical secrets has been perfecting his craft. For more than a decade now, Matt Patershuk - who resides in rural northern Alberta - has been writing and performing some of the most beautiful, endearing and true music ever created in this country. His newest album, 'If Wishes Were Horses', on the Black Hen Music label, communicates the huge strides Matt has made as an artist since the release of 'Same As I Have Ever Been', his last release from 2017. Like all Black Hen recordings, 'If Wishes Were Horses' is a musical treat from beginning to end. To make these new songs come to life, producer Steve Dawson gathered a fine band including Chris Gestrin (keys), Jeremy Holmes (bass) and Gary Craig (drums) to record at Vancouver's acoustically perfect Warehouse Studios. Hunkered down in the studio together, the songs unfolded naturally and in real time. Studio legend Charlie McCoy dropped by to add some tasty harmonica and Kristin Weber and Larissa Maestro were brought on board to contribute strings and background vocals on several songs. With it's beautiful songs, powerful singing and gorgeous instrumentation, 'If Wishes Were Horses' will surely be remembered as one of the most exciting roots releases of 2019. On 'Velvet Bulldozer' Matt sings, "I sit back and smoke my pipe. I think of my voice on the radio and wonder, man, what would that be lik