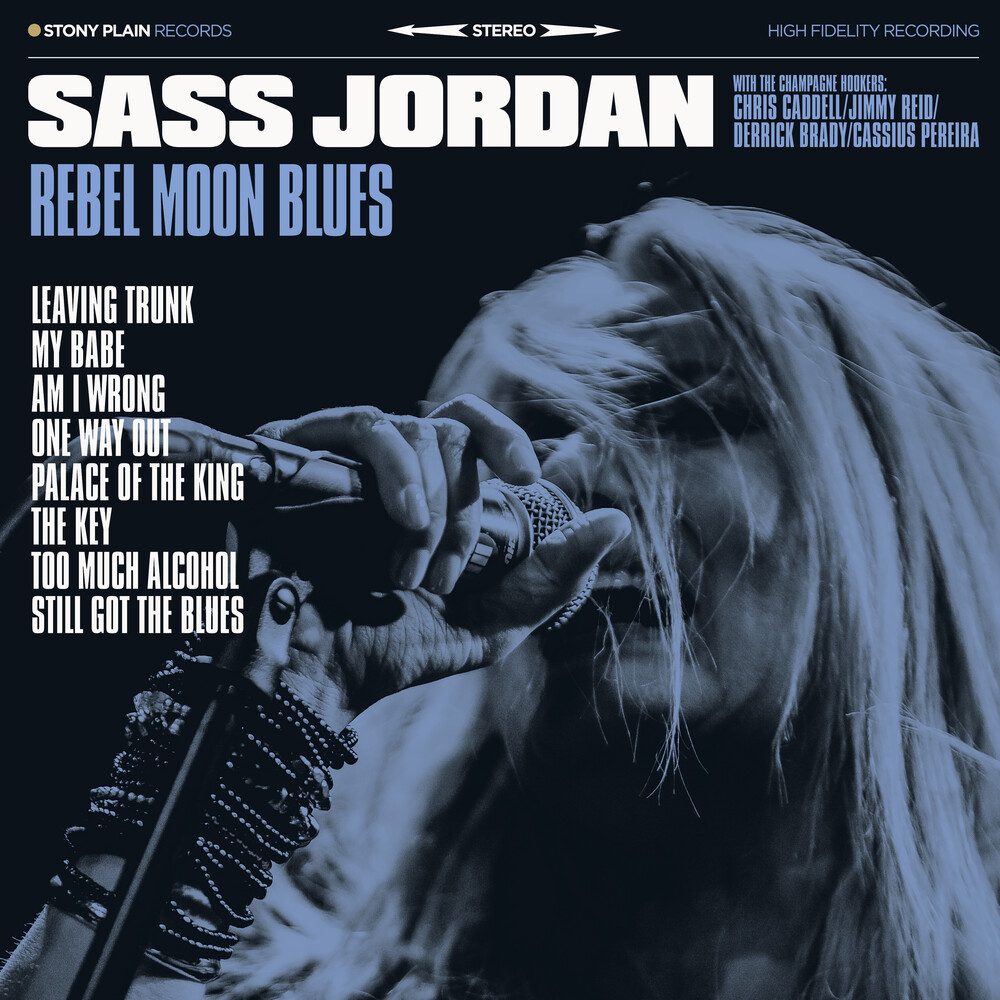 Sass Jordan is one of the premiere female rock singers in history, selling over one million albums worldwide. While she has touched upon Blues over her 40-year career, this is the first time she has focused exclusively on creating an album of songs in this tradition, that showcase her talent as a Blues singer. As Jordan acknowledges: ''The blues has always been a huge part of my life. It's a big part of what I grew up with. It's been there through my entire career.''

Her first blues album arrives in raw, earthy style on the magnificent Rebel Moon Blues, to be released on Friday, March 13 on Stony Plain Records. Co-produced with D#, it's the Juno Award-winner's ninth studio album and first release in nearly a decade. More crucially, it's also a watershed that charts a new course in Jordan's musical voyage while tracing her love of the blues back to its source. The album features eight songs, freshly interpreted and given the Sass Jordan treatment with her band the Champagne Hookers: guitarists Chris Caddell and Jimmy Reid, bassist Derrick Brady and drummer Cassius Pereira, augmented by blues harp master Steve Marriner and keyboardist Jesse O'Brien.