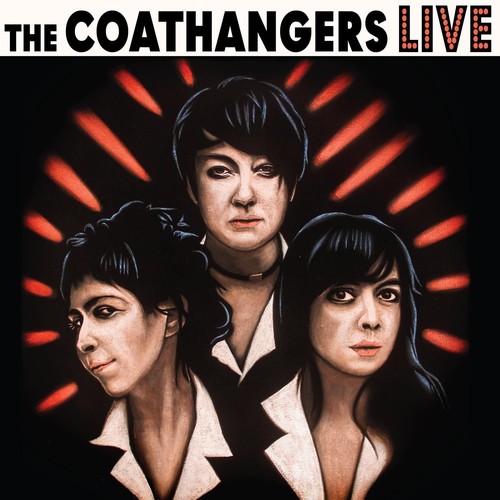 In their thirteen years of existence, Atlanta's garage punks The Coathangers have cranked out five full-lengths and over a dozen singles, splits, and EPs. And while every Coathangers record has captured their buoyant turbulence and jagged euphoria, there's always some degree of magic that gets lost when bands go into the studio. Whatever the source of that magic, The Coathangers have always wrangled a replication of that sweaty and sticky live feeling, but the time had come to properly document it. LIVE captures the playful fervor of The Coathangers at their finest. Says guitarist/vocalist Julia Kugel, "it's like our antholog... our entire career in 38 minutes," from the slow-burn pop of "Captain’s Dead" off last year's Parasite EP to the rabblerousing rocker "Tonya Harding" off their self-titled debut. "Gettin' Mad and Pumpin' Iron" sounds more unhinged here than when it first appeared on Scramble in 2009. Favorites like "Adderall" sound increasingly ragged and desperate as drummer Stephanie Luke belts out the lyrics on an adrenaline rush. Recent songs like bassist Meredith Franco's Nosebleed Weekend highlight "Burn Me" feel injected with an urgency that pushes the post-punk number into an unruly anthem. The magic of The Coathangers lives in LIVE.