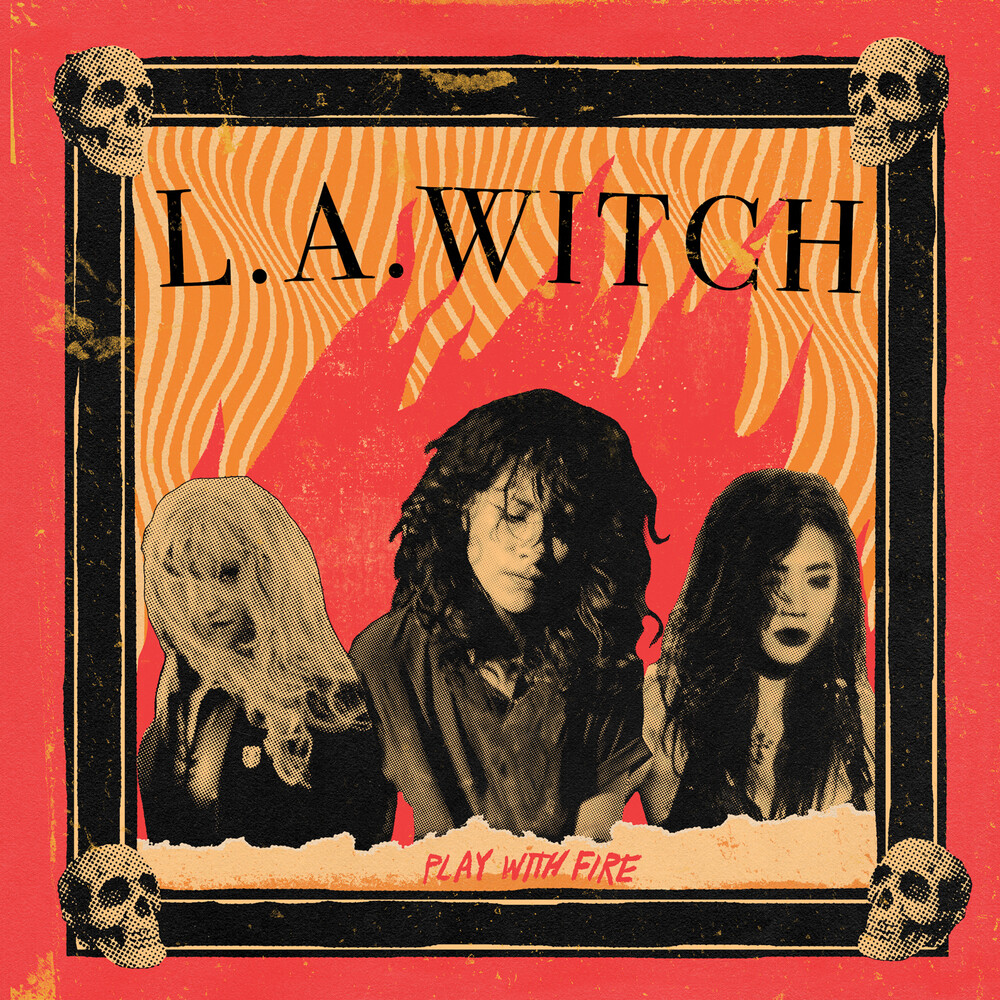 Where L.A. Witch's self-titled album oozed with vibe and atmosphere, with the whole mix draped in reverb, sonically placing the band in some distant realm, broadcast across some unknown chasm of time, Play With Fire comes crashing out of the gate with a bold, brash, in-your-face rocker “Fire Starter.” The authoritative opener is a deliberate mission statement. “Play With Fire is a suggestion to make things happen,” says Sanchez. “Don’t fear mistakes or the future. Take a chance. Say and do what you really feel, even if nobody agrees with your ideas. These are feelings that have stopped me in the past. I want to inspire others to be freethinkers even if it causes a little burn.” And by that line of reasoning, “Fire Starter” becomes a call to action, an anthem against apathy. From there, the album segues into the similarly bodacious rocker “Motorcycle Boy”—a feisty love song inspired by classic cinema outlaws like Mickey Rourke, Marlon Brando, and Steve McQueen. At track three, we hear L.A. Witch expand into new territories as “Dark Horse” unfurls a mixture of dustbowl folk, psychedelic breakdowns, and fire-and-brimstone organ lines. And from there, the band only gets more adventurous. Play With Fire is a bold new journey that retains L.A. Witch’s siren-song mystique, nostalgic spirit, and contemporary cool. Despite the stylistic breadth of the record, there is a unifying timbre across the album’s nine tracks, as if the trio of young musicians is bound together as a collective of old souls tapping into the sounds of their previous youth.