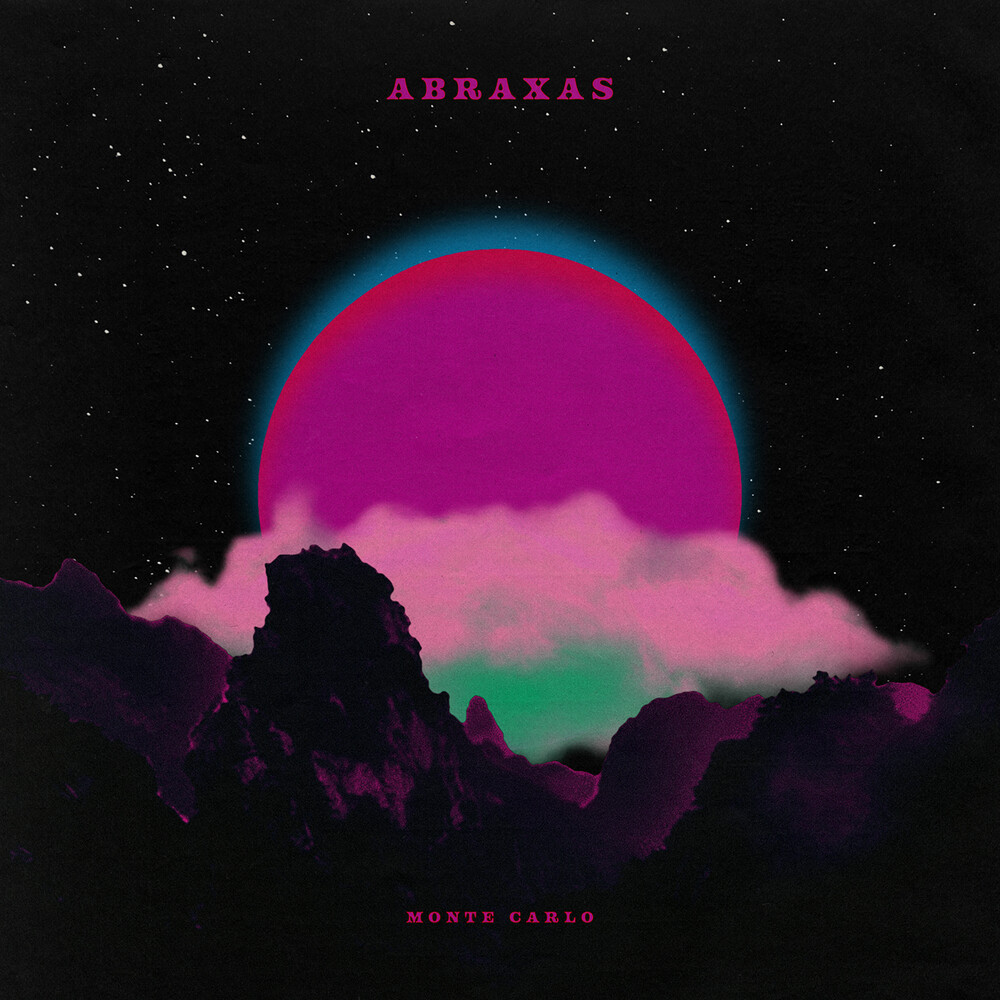 Carolina Faruolo (ex-Los Bitchos) and Danny Lee Blackwell (Night Beats) had been friends and mutual admirers of each other's musical projects for years, though with Faruolo residing in the UK and Blackwell residing in Texas, their interactions were limited. Yet as was so often the case for many of us during the shelter-in-place stretches of 2020, geographic proximity wound up being a non-issue as our socializations became almost exclusively online endeavors. In this era of isolation and uncertainty, Faruolo and Blackwell invented their own private escape to Latin rhythms, colorful vistas, and smoky revelries under the project name of Abraxas. Combining their shared love of Wendy Renee, Los Destellos, doo-wop and R&B, they crafted their debut album Monte Carlo by bouncing ideas across the Atlantic."Planet Abraxas is a world filled with jungles, mist-covered rivers, panthers lurking in the night, desolate shopping malls, Neolithic citadels and sand-worn walls," Blackwell says of the muse behind Monte Carlo. "The nights are usually dense with fog and the air is filled with the sounds of cicadas and faraway drumming." This visual manifestation of their sound stands in stark contrast to the environment in which the songs were written. "I remember the feeling I got the first time Danny added vocals to one of my tracks," Faruolo recalls. "I was sitting on my sofa in rainy Manchester in the middle of winter. I pressed play and the song just made my heart jump. It instantly felt special and, more importantly, it felt like a perfect portrait of both of us."Uruguayan-born Faruolo grew up with the tropical beats of cumbia and the psychedelic flavor of classic chicha artists, and it became her mission to infuse those sunny influences in her work as a UK musician. Blackwell's work under the Night Beats handle involves the fusion of outlaw soul and R&B with a resourceful DIY spirit. Despite the apparent contrast in their styles, the two musicians bonded over their reverence for Selena and Sade, exemplars of the humid pulse and sultry spirit of their respective approaches. As Abraxas, their distinctive musical perspectives created a sound that encompassed the tropicalia of Os Mutantes, the scrappy songwriting of Cleaners From Venus, and the trippy production of Lee "Scratch" Perry, though the duo is quick to assert that they were finding their own distinctive voices rather than adhering to pre-existing stylistic codes and constraints. And indeed, Monte Carlo feels rooted in tradition but blossoms into it's own unique timbres and vibrations.Monte Carlo opens with "Sunrise State (of Mind)," where a hypnotic cumbia beat serves as the bedrock for cosmic guitar leads, hazy choral melodies, and Blackwell's seductive vocals. From there, the album continues it's steady Latin pulse on "Mañana," a perfect soundtrack to feverish nights in dancehalls, sipping on caipirinhas and sharing cigarettes with strangers on the dancefloor. Across it's twelve tracks, Monte Carlo unfurls a myriad of exotic influences, from the Eastern melodies and guitar trills on "Sultan," through the dub-inflected stomp and scorching fuzz of "La Estampida," and on to the Anatolian psych-funk of album closer "Göbekli Tepe."