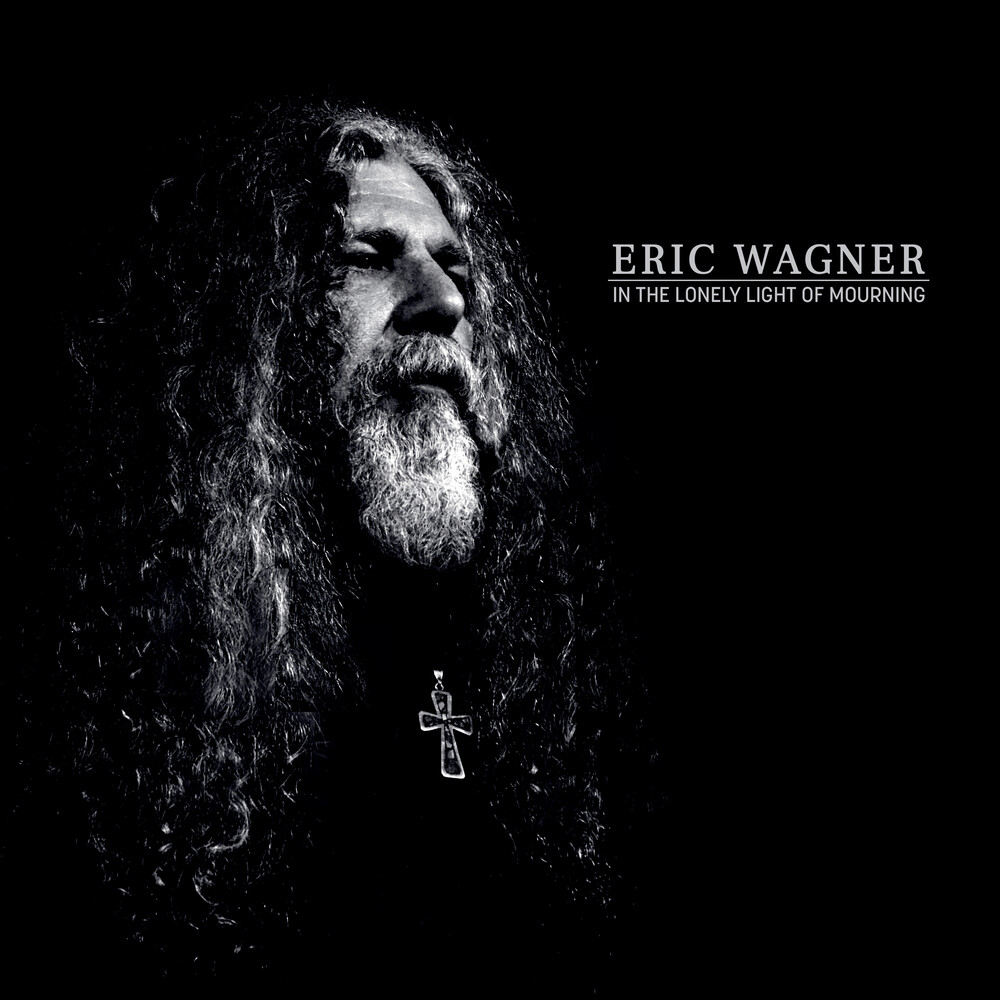 ERIC WAGNER / IN THE LONELY LIGHT OF MOURNING - On August 22, 2021, former Trouble singer Eric Wagner departed this world. His death cast a greater pall on an already difficult and trying year, a year where many of Eric's devoted fans used his music as a balm for their souls. In an unintended twist of fate, Eric had put the finishing touches on his debut solo album, In the Lonely Light of Mourning mere weeks before his passing. It now serves as the definitive swansong for one of doom metal's most beloved voices. According to those closest to Eric, the idea for a solo album had long been brewing. The singer had amassed a tight group of friends and collaborators with whom he could rely upon - including former Trouble bandmates and members of post-Trouble acts Blackfinger and The Skull. He even tapped into the wide array of musicians with whom he's shared the stage to make an album that felt like a family reunion. In 2017, he asked former Trouble/current Blackfinger drummer Dave Snyder to help write what would eventually become In the Lonely Light of Mourning. Along the way, Eric's friends contributed song suggestions, riffs, guitar solos and song titles. It was the collaborative album Eric always envisioned. The LP's depth is represented by resonant, melancholic acoustic guitar work that complements Snyder's earth-sized riffs and Eric's unmistakable vocals. But, it is doom at it's core: Earthy, honest, brooding and heavy - just the way Eric preferred. In the Lonely Light of Mourning also finds Eric at his most vulnerable, with some lyrics suggesting he knew something foreboding was right around the corner. Eric Wagner's legacy is permanently secure in the annals of doom metal. Thus, it is impossible to quantify his impact on the metal scene. His legacy with Trouble is reflected in the countless bands who followed in their wake, purveying the same kind of heartfelt, undeniably heavy doom metal that touches the mind and spirit. Shine on, Eric.