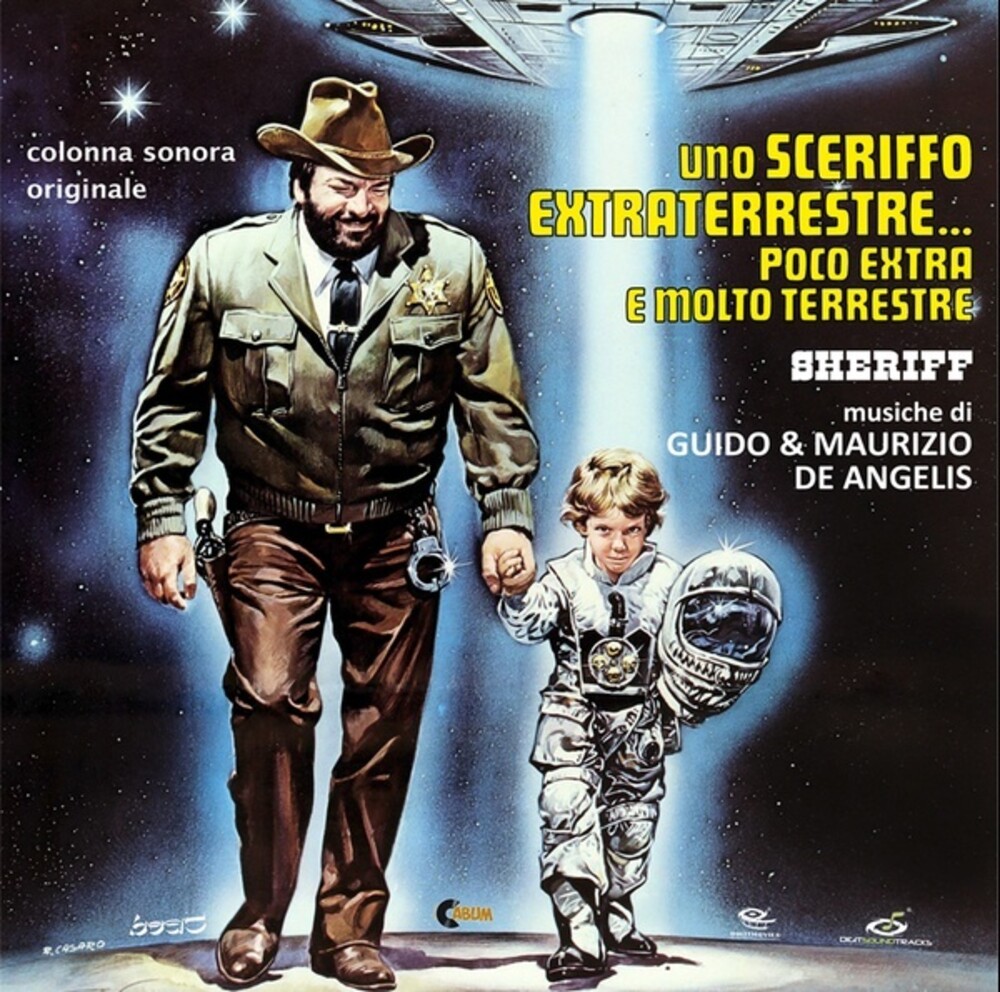 Vinyl LP pressing. Cabum, Beat Records and Digitmovies are glad to present the original motion picture soundtrack of Uno Sceriffo Extraterrestre Poco Extra E Molto Terrestre, seventh chapter dedicated to the series released to rediscover Cabum musical archive. The movie, shot in 1979 by Michele Lupo, saw Bud Spencer as a sheriff "welcoming" the arrival of H-7-25, a young alien just lost during an interstellar trip. The two will become soon friends and will become inseparable protagonists of many adventures around a military intrigue with the aim to take possession of the star child incredible artefact, capable of real marvels. Among the most beloved albums in Guido & Maurizio de Angelis discography, Uno Sceriffo Extraterrestre Poco Extra E Molto Terrestre is again available, after almost 40 years, thanks to the collaboration between the aforementioned labels, in this version on a 180gr black vinyl featuring the original 1979 album program. A score that represents a milestone in the Bud Spencer movies film music, with tracks such as Sheriff, Ballad, Whistle and Bells, L'ultimo Valzer and many more musical gems that since many time the Maestros' and actor fans were anxiously waiting for. Mastering by Claudio Fuiano, graphic layout by Amedeo Mantica and Daniele de Gemini, liner notes by Daniele de Gemini and Luca Di Silverio, on the cover the wonderful movie poster painted by Renato Casaro.