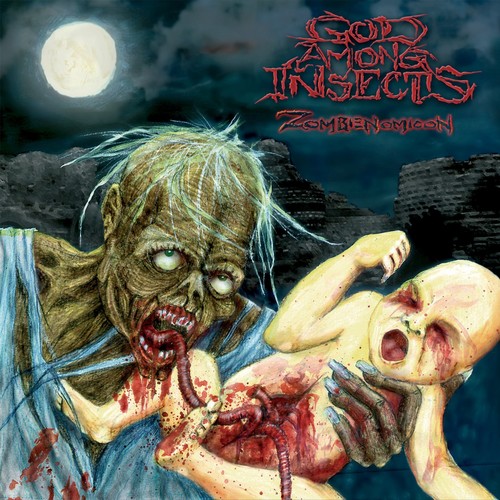 God Among Insects were formed in 2004 for one reason... To play death metal. "World Wide Death", the debut-album, was recorded the same year in Abyss Studios with Tommy Tägtgren. Featuring 9 songs of sludgy death metal with a crystal-clear production put the band on the map of Domination. Sporting the tactics of tuning down 11 half-steps raised a few eyebrows and hinted at what was to come... After doing some gigs in Sweden in support for "WWD" it was time to once again record some death metal...In August 2005 God Among Insects entered the very same studio to record the follow-up, neatly entitled "Zombienomicon". Where "World Wide Death" concentrated on heaviness, "Zombienomicon" brings a faster pace to the plate. The title might be confusing, but as soon as you get the lyrics in front of you it'll make sense... Maybe. The theme of Uhr-Nazuur has been explored to the fullest and what you will discover might be something close to a concept