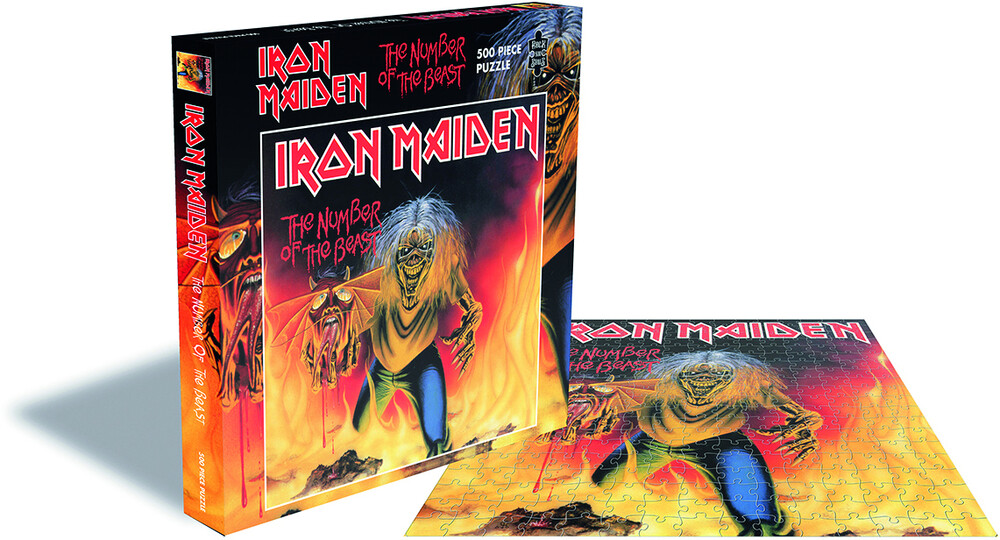 Released on 26th April 1982, "The Number Of The Beast" is the seventh single by English heavy metal band Iron Maiden and the second from their third studio album of the same name. The song peaked at number 18 on the UK Singles Chart on it's original release. It has gone on to sell more than 200,000 copies in the UK alone and has been certified Silver by the BPI. It remains one of their most popular songs, appearing at number 6 in Martin Popoff's book The Top 500 Heavy Metal Songs of All Time. The single's cover is the last of three singles to feature Derek Riggs' depiction of Satan, which debuted on the cover of the "Purgatory" single. This iconic artwork is now available as a 500 piece jigsaw puzzle printed on high quality board