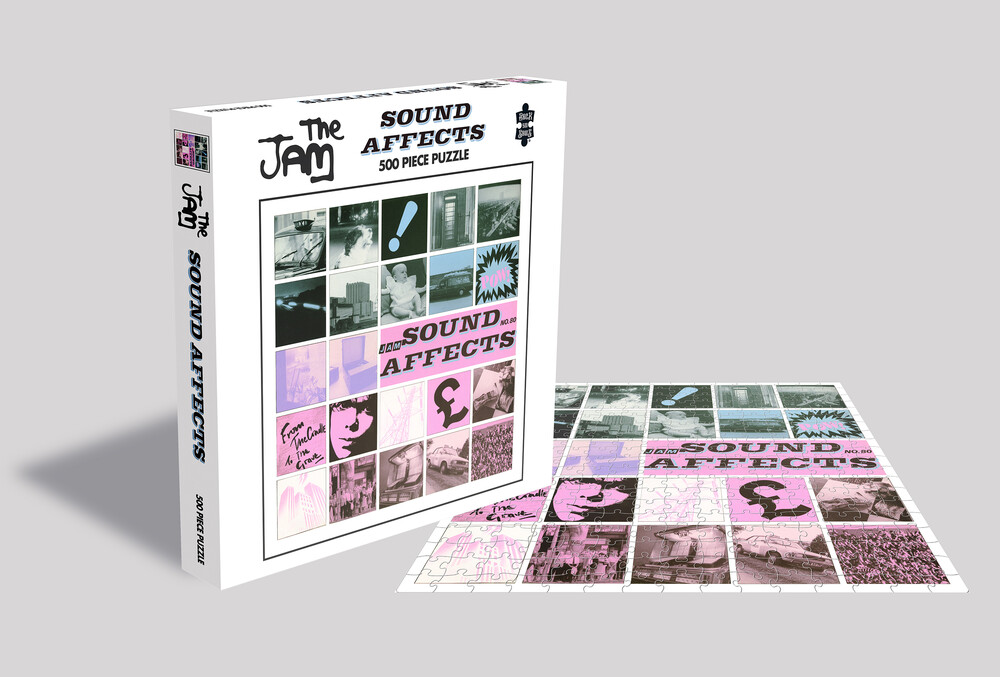 Released on 28th November 1980, "Sound Affects" is the fifth studio album by English rock band The Jam. Featuring the group's second UK number one single, "Start!", the album sold over 100,000 copies and spent 19 weeks on the UK Albums Chart, rising to number two in late 1980. In the US, the album spent 11 weeks on the Billboard 200. The band's frontman Paul Weller has cited "Sound Affects" as his favourite Jam album. In 2006, Q magazine placed the album at number 15 on it's list of the 40 Best Albums of the '80s. The cover art is a pastiche of the artwork used on various sound effects records produced by the BBC during the 1970s. This iconic artwork is now available as a 500 piece jigsaw puzzle printed on high quality board