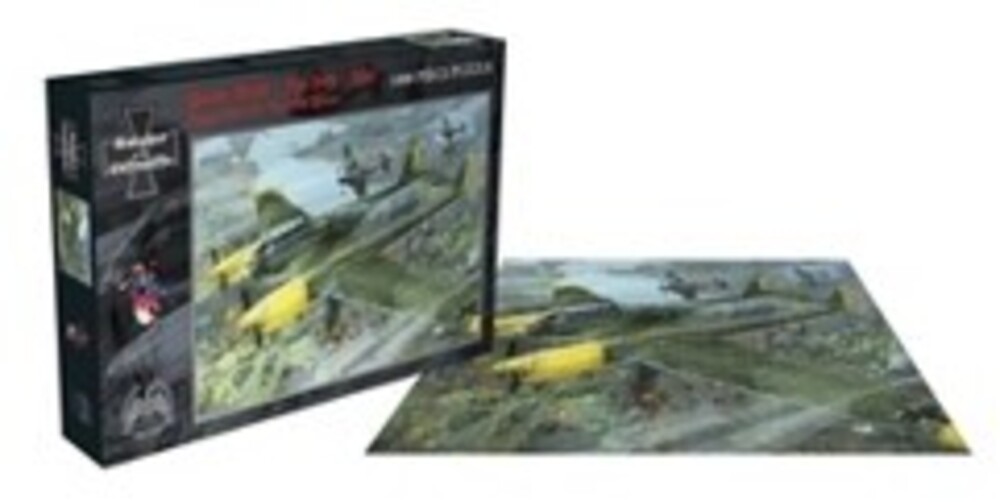 Knights Of The Luftwaffe - Focke-Wulf Fw189 - Uhu - 1000 Piece Jigsaw. The Uhu ("Eagle Owl") was yet another brilliant aircraft designed by the Kurt Tank design team (the Fw 190 being the best piston powered Axis Fighter of WW2). Popular with it's crews, this aircraft was exceptionally versatile and despite it's slender appearance, very rugged in combat. The Fw 189 had a heavy punch for a reconnaissance aircraft, armed with two 7. 9 mm MG 17 machine guns, four 7. 9 mm MG 81 machine guns and an underwing bomb carrying of four 50 kg SC 50 bombs (later versions were fitted with the MG-FF 20 mm autocannon). The Fw 189 had all it took to survive in hostile skies. The aircraft's performance was excellent, superbly agile, well-armed and with excellent all-round visibility. No big kill tallies exist as this aircraft was not designed for direct air to air combat with enemy aircraft. It's role was reconnaissance, finding the enemy and informing the ground forces. This meant the aircraft and it's crews flew behind enemy lines, where on the Eastern Front, if the crews survived downing, the likelihood of capture and or execution was expected. The Fw 189 was highly respected and hated by the Russians, so much so they gave a bonus to any Russian pilot who downed one, and even made their own version, the Sukhoi Su-12, which reached prototype stage in 1947 (two years after war's end). The Russians nicknamed the Fw 189 "Rama" ("Frame"), due to it's shape. The aircraft's distinctive engines meant trouble for the listener. Designed as a modular aircraft, the Fw 189 also served in the ground attack role, and around thirty aircraft in the night fighter role before war's end. Proposed variants included a sleek and lethal looking ground attack version. This illustration depicts an FW 189 in combat against Russian fighters on the Eastern Front in 1945. The last hellish battles of the Eastern Front rage below them. This aircraft is from Aufklärungsgruppe (H)/14. The FW 189 was the German armed forces "flying eye". Total production by war's end was 864. The Fw 189 also served in the Hungarian, Bulgarian, Romanian, and Slovak air forces. British test pilot Eric "Winkle" Brown (who is said to have flown more aircraft types than anyone) had nothing but praise for the Fw 189