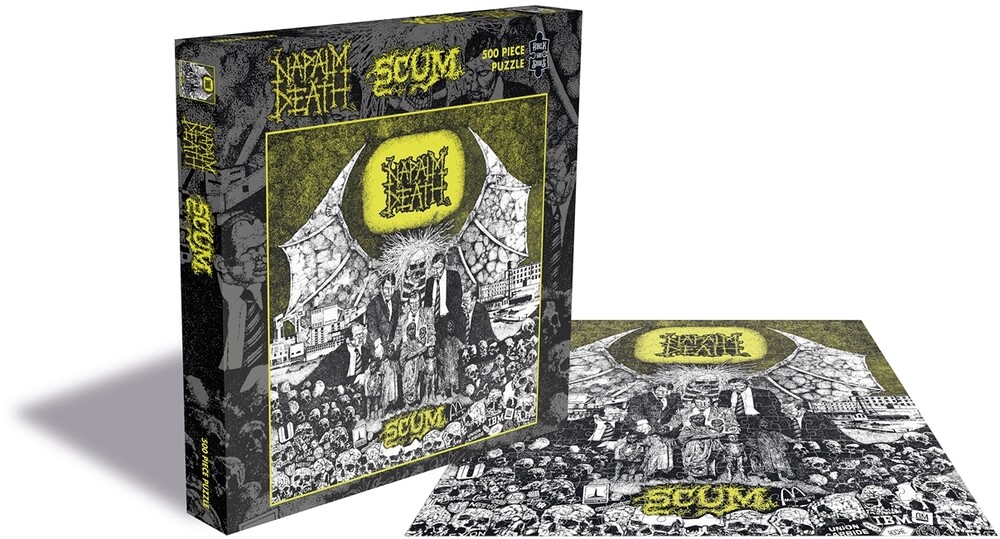 "Scum" is the debut studio album by English grindcore band Napalm Death. It was released on 1 July 1987 through Earache Records. It is widely considered a formative influence on the grindcore genre. The two sides are very different, and the two taken together serve to bridge stylistic elements of heavy metal and punk rock. While the songs on the A-side are influenced heavily by hardcore punk and anarcho-punk, the vocals and lower-tuned electric guitars on the B-side anticipates subsequent developments in extreme metal. The album sold more than 10, 000 copies in the year of it's release and reached #8 on the UK Indie chart. In 2005, "Scum" was voted the 50th best British album of all time by Kerrang! Readers, and in 2009 was ranked number five in Terrorizer's list of Essen-tial European grindcore albums. The most decisive cause of the commercial success of Scum came when radio host John Peel played songs from the album on his radio show BBC Radio 1, which gave the album national attention. Within a few weeks of the first Peel Session, about 10, 000 units of the album had been sold. The album stands as a landmark achievement. The album is regarded as the "central release of grindcore" both musically and lyrically, marking "the height of the discourse of extremization" within the British punk scene. The song "You Suffer" was listed in the Guinness Book of Records as the world's shortest song; the track is precisely 1. 316 seconds long. 500 pieces, Weight: 490g. Jigsaw size: 41cm x 41cm. Box size: 30. 9cm x 30. 9cm x 2. 8cm