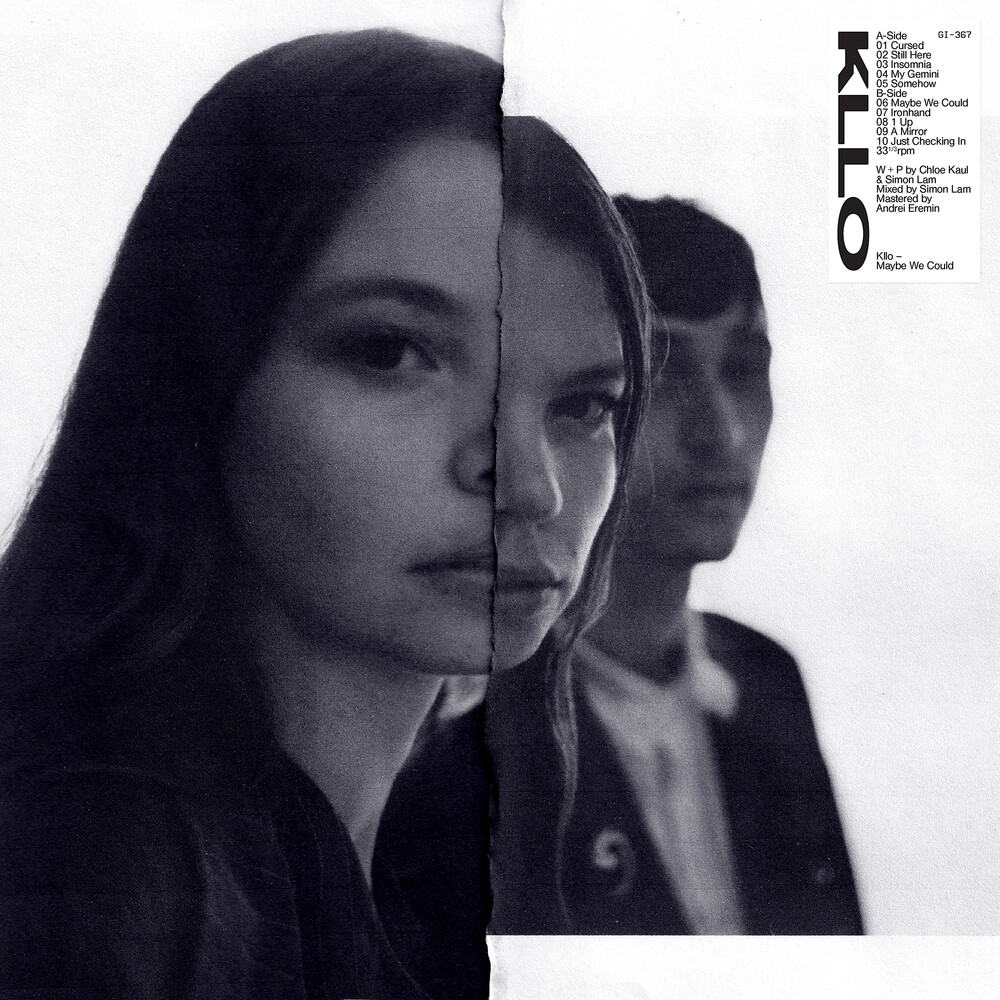 Time and distance can offer perspective. For Kllo (rhymes with "flow"), the electronic pop collaboration of Melbourne cousins Chloe Kaul and Simon Lam, applying these parameters was necessary to get through the near-dissolution of their band. Following Kllo's adored full-length debut Backwater in 2017, the duo toured the world twice over and shared a handful of stand- alone singles reflecting an evolved mode in their songwriting,a confluence of silky balladry and smooth bangers. But when it came time to make their next record, nothing clicked. Feeling overworked and out of sync, they abandoned recording sessions at the end of 2018, each going their own way without setting any plans to regroup. Kaul spent time in Los Angeles whereshe explored solo and collaborative work; Lam traveled as well, releasing music under his solo alias and producing for other artists. The experiences served as a reset, giving them space to learn separately, and, ultimately, to appreciate what they have together. Largely written and recorded upon their return, Maybe We Could signals a new start for Kllo. Ten tracks pairing the rhythms of dance music to emotive chords and melodies; reveal- ing two artists at their strongest yet most vulnerable, operating as their truest selves, honest with each other and their craft. "Still Here" strikes the balance Kllo speaks of. An experimentin tempo, the track began as a piano ballad before they add-ed '90s rave-style drums underneath. "It took us a lot of timeto trust in this decision," says Kaul. "Here is us trying to take that combination as far as we can, fusing two styles of music that we love," says Lam. In the lyrics, Kaul outlines unwavering dedication in the midst of despair. "Let's keep on learning," she sings, echoing the line "I'm not going anywhere" into a bright, euphoric chorus. "Insomnia" simmers in a similar melancholy, skittering steely beats around tender keys. It's one of the few songs written from separate locations when both artists were in North America independently, and it's feeling reflects a sense of jet-lagged joy and displacement, the "high highs, low lows" as one line goes. The album's apex is "Somehow," a swirling dance track undercut by an imbalanced relationship. Left to do the heavy-lifting, the narrator expresses her frustrations as club-ready percussion and synth lines spiral out of stasis. The dialogue continues on "Ironhand," a pointed, bittersweet R&B ode to the fear of loss and change. "This song was written at a point in my life whenI began to be more discerning of the costs vs. Gains in certain relationships in my life," says Kaul. Maybe We Could mirrors the progression and growth of the two artists behind a singular project. The title references a phrase they repeat often when recording. A collective strategy towards facing uncertainty, taking chances, and making choices. Ones that become more deliberate as time rolls on. Lam sums it up, "It's like the album started off with 'maybe' and ended with 'definitely.'"