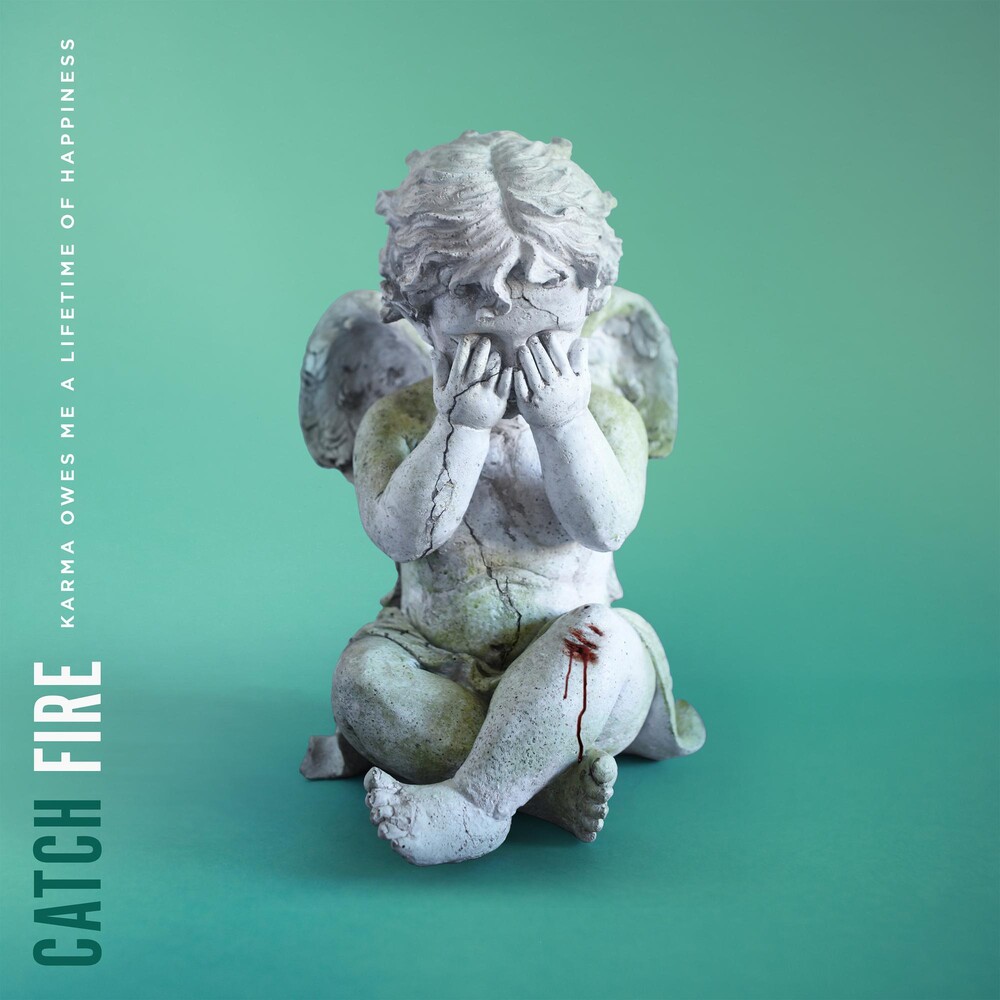 Nottingham alternative four-piece Catch Fire are proud to announce the release of their second album, Karma Owes Me A Lifetime Of Happiness, due 16th November on Rude Records. Produced by Bob Cooper (Ducking Punches, Nervus) and mixed by Seth Henderson (Knuckle Puck, Real Friends, The Devil Wears Prada), the record sees Catch Fire's sound scale new heights."We started writing back in the July of 2017, just because myself and Miles (vocals) are always excited to see what we come up with in the moment. We had no intention to write an album, but months later, Rude Records proposed a full length opportunity where we could put these new songs into context. KOMALOH is a concept album, dealing with a personification of the notion of Karma, or more importantly, its absence. I have always struggled to believe in this idea that what goes around comes around, because for the most part all I see are bad things happening to good people. It's a nice idea on paper, and I think that more than anything, it's a way for people to deal with what comes next after we're gone. But I'll believe it when I see it"The album follows 2016's EP The Distance I Am From You, and 2017's debut album A Love That I Still Miss (Rude Records). These records fuelled a formidable touring schedule for Catch Fire, with highlights including support to Sleep On It, alongside Burn It Down festival, Pop Punk Pile-Up and MacMillan Fest.Ready to kickstart a new and promising chapter with Karma Owes Me A Lifetime Of Happiness, Catch Fire are more determined than ever. Watch this space for further news.https://www.facebook.com/CatchFireUK/ https://twitter.com/CatchFireUK https://www.instagram.com/catchfireuk/